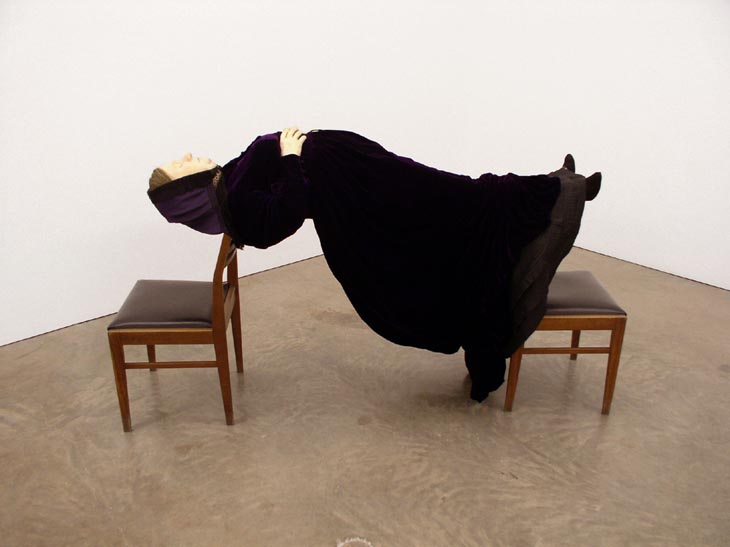 Madame Blavatsky was a 19th-century Russian aristocrat and founder of the Theosophical Society, an institution based in occult practices that still exists today. Blavatsky was closely associated with the Russian avant garde, an art movement which was expunged by the practical ideologies of communism; one of the tenants in her writings was that somnambulism – a trance-like condition between waking and sleep or ‘life’ and ‘death’ – was a creative state. Macuga’s sculpture pictures a floating Madame Blavatsky (levitation was one of her many spiritual powers), hovering between two chairs. The illusionary technique used is taken from a book on Victorian parlour tricks. The hands and face of the figure are made from carved and painted wood, and are similar to religious icons of the time. Garbed in purple, the colour of both magic and mourning, Madame Blavatsky’s effigy emits a transcendental aura, channelling the dark art of inspiration from beyond.