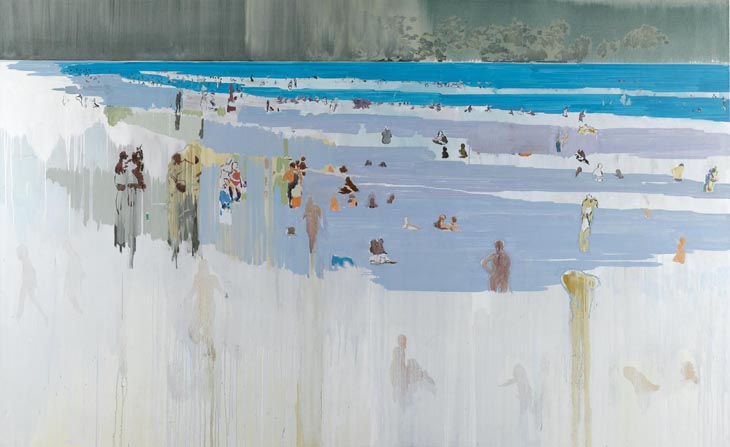 In his work Anderson draws from his heritage as second generation Jamaican-British; the subjects of his paintings are developed from both of these cultures, overlapping his parents’ generation’s experiences with his own. This sense of something familiar yet detached is conveyed through his canvases in their dislocated sense of place and hazy interpretation of detail. Anderson works from photographs rather than actual memory, a process which further enhances his aesthetic of distance. Untitled (Beach Scene) pictures an exotic paradise as melting and degraded, a shadowy and sorrowful landscape where the only concrete certainty is the brilliant blue shape of the horizon.