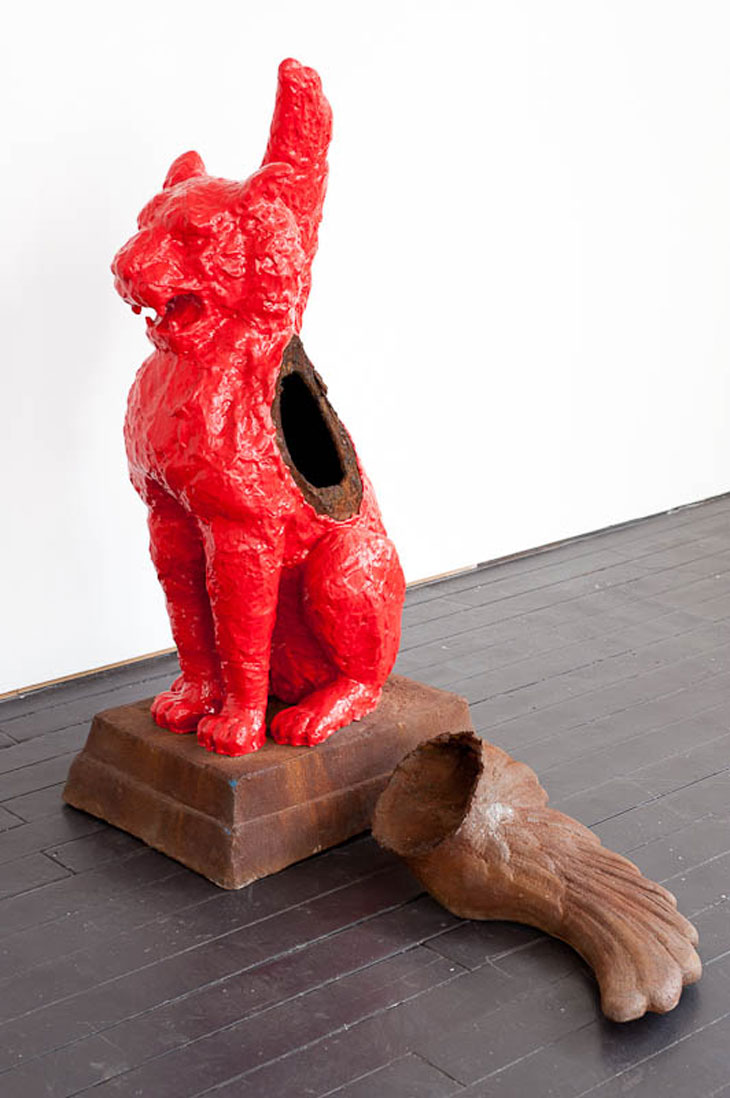 James Balmforth’s sculptures are self-defeating monuments, icons of failure. An iron griffin, mythic symbol of earthly majesty, has been coated in bright red plastic; one wing has fallen off, revealing a hollow interior eaten away by rust. A dagger, associated with the power to take another life, has a brass handle but a gallium blade; if stabbed into a body the metal would melt, as gallium does on contact with human skin. The use of gallium introduces another significant theme in Balmforth’s work: the hidden life of matter, its secret complexities and failures. The griffin – entitled Myth Interrupted – has a prophylactic red skin, the colour of a postbox or road sign, that both protects and emasculates it. Reduced to a doorstop or garden ornament, the griffin embodies the absence of its mythical origins; a wing gone, it’s reduced to flying in ever-decreasing circles.