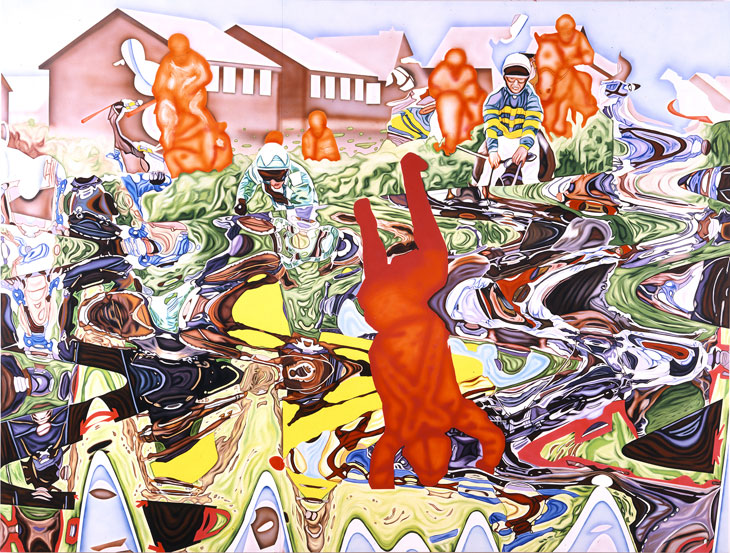 Steeplechase depicts a popular, violent sporting activity simultaneously characterizing the best and worst of American culture. A deliberate choice on the part of the artist, the subject matter was chosen precisely because of its unlikeliness, as a means to distance himself from the academic training he had received at art school. Meyerson manipulates images culled from a range of media to create heavily congested scenes of intense richness, in part an aesthetic response to the flat, arid landscape of rural Minnesota in which he was raised. Steeplechase is typical of his interest in kinetic imagery; objects or people in motion, scrambled by concussive force and the artist’s psychology into parabolic waves of hallucinatory colour.