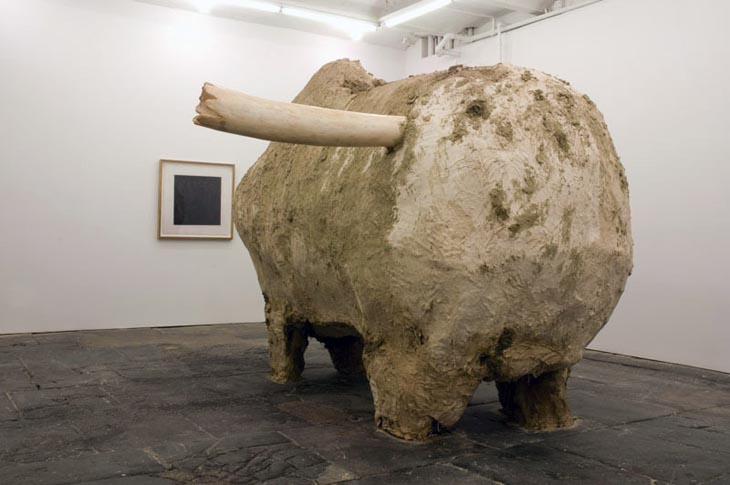 Malinowska’s Boli re-creates the Bamanan original with a new set of materials, and embodies the artist’s interest in re-imagining the way objects are charged with meaning. “If asked to find a common denominator in my recent works,” the young Polish, New York-based artist says, “I would say it is an interest in methodically testing and engaging the invisible, hidden aspects or powers of an object, revitalizing its metaphysical potential, and simply giving it the benefit of the doubt.”