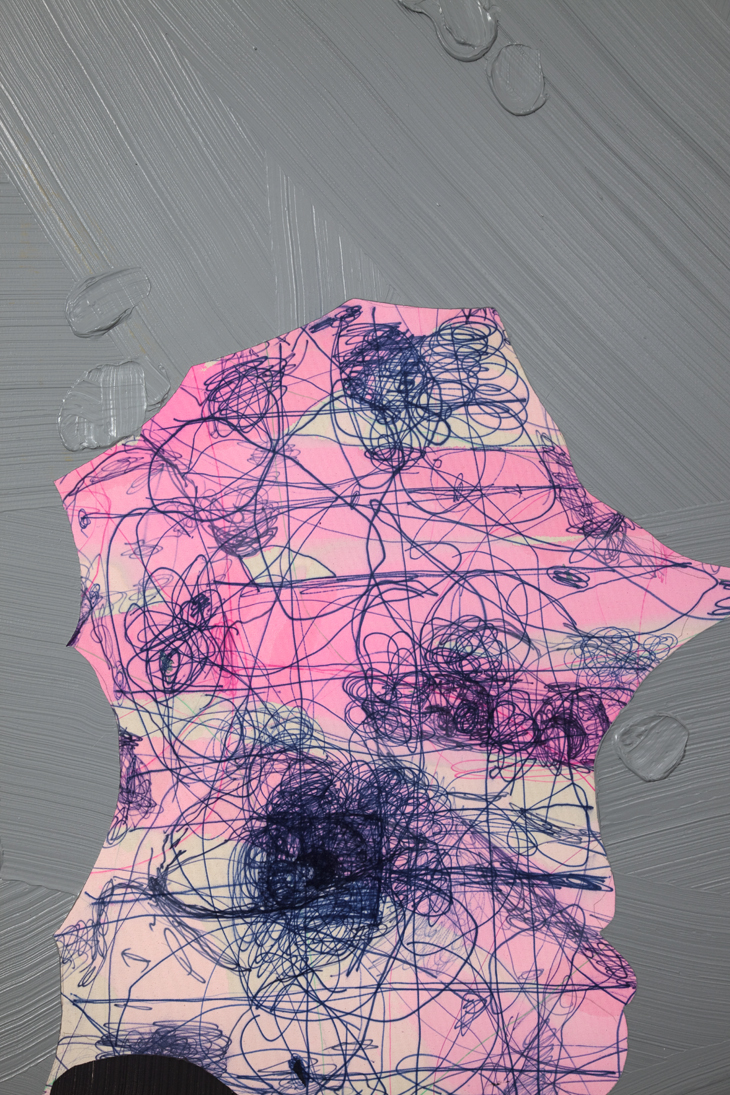 José Lerma’s works illustrate the rise and fall of powerful historical figures. Either taking inspiration from episodes of Puerto Rico’s wars or focusing on portraying old celebrities such as the banker Samuel Benard – considered the most famous and richest banker in 18th century Europe – Lerma creates his paintings by building layers of ball pen doodles. The heaps of cartoon-style drawings accumulate on the canvas as if struggling for space to exist. They are later combined with an array of household materials – such as pink military parachutes – which are employed in the composition to veil or frame the emerging oversized portraits. Such is the effect of the combination of materials on a large scale that the portrayed subjects become monumental ghostly silhouettes of Baroque effigies.