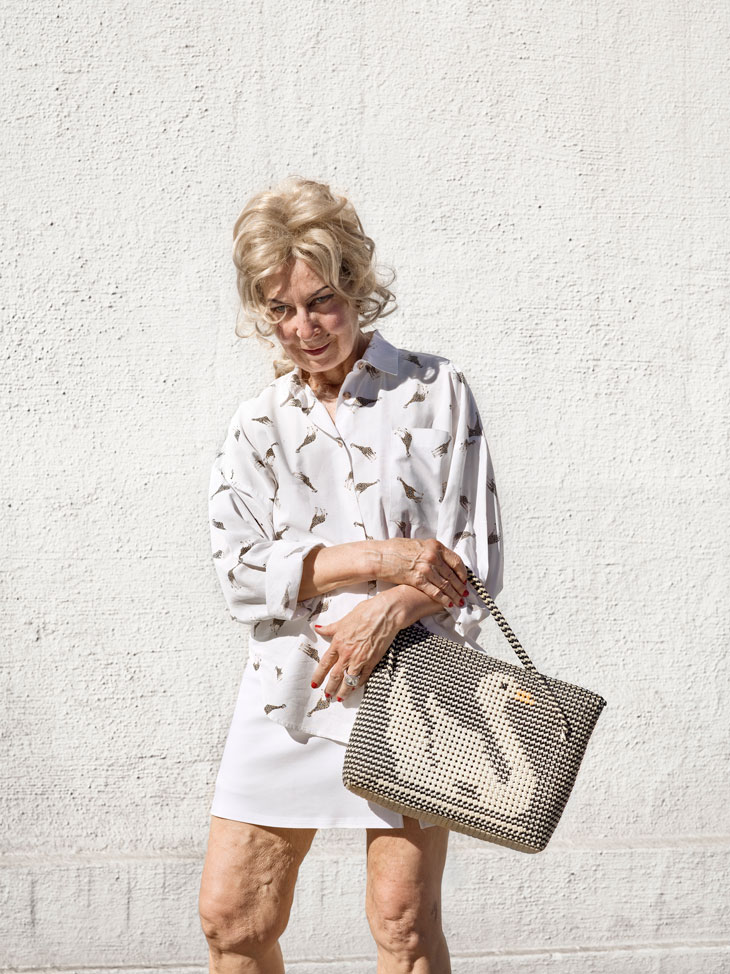 Katy Grannan considers her pictures to be portraits. If they are, why title them all ’anonymous’? Part of the answer lies in the fact that they have all agreed to be photographed; she has tipped her hand, relinquishing the power of the candid shot of the street photographer for a risky collaborative portrait session.This might have given guarded results, but happily the complicity has produced images of raw power.
While not denying the label ’portraits’, I question the designation because it doesn’t quite do justice to the pictures. They are really not so much about individuals as about the range of prideful individuality among human beings, and their common fate, symbolized, I think, by that ubiquitous white wall. Grannan accepts that each person has a rich history, with its victories and defeats, which a single image can only hint at, but it’s the sum total of her portraits that gives this work its power. Caught in the blinding glare of the California sun, restless and worn yet often possessed of fierce pride, the figures stand, shift, turn, look away – resigned to the next throw of the dice while not holding out much hope that it will go their way.