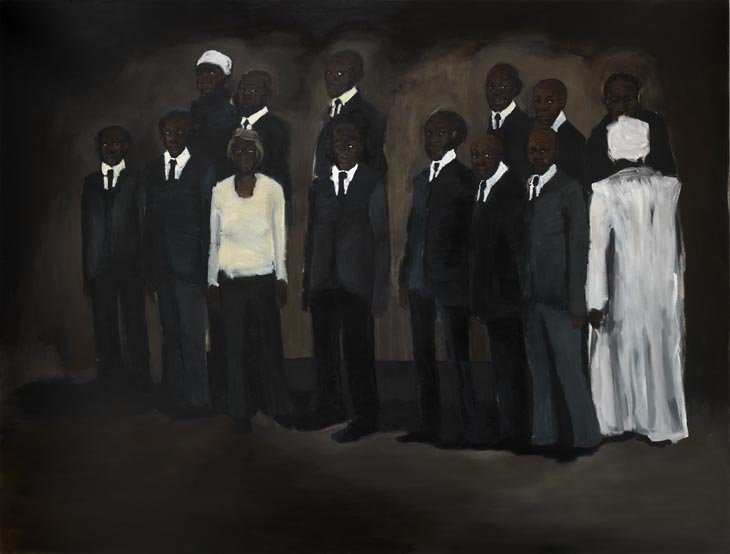 Alongside being an artist, Boakye is also a writer; paint, for her, becomes a tactile language from which fictions are formed. Boakye’s imaginary scenes unfold with all the richness and drama of a novel: their open-ended suggestion of setting, character, predicament become intrigues for viewer interpretation. In Diplomacy II, a group of figures gather in ceremonious congregation, their bodies simultaneously defined and made uniform amidst the canvas’s haunting charcoal monochrome. Inspired by a photograph of a political delegation, Boakye uses the composition of staged portraiture to create a piercing psychological tension, as rows of dotted eyes stare purposefully at the viewer suggesting their unwelcome intrusion.