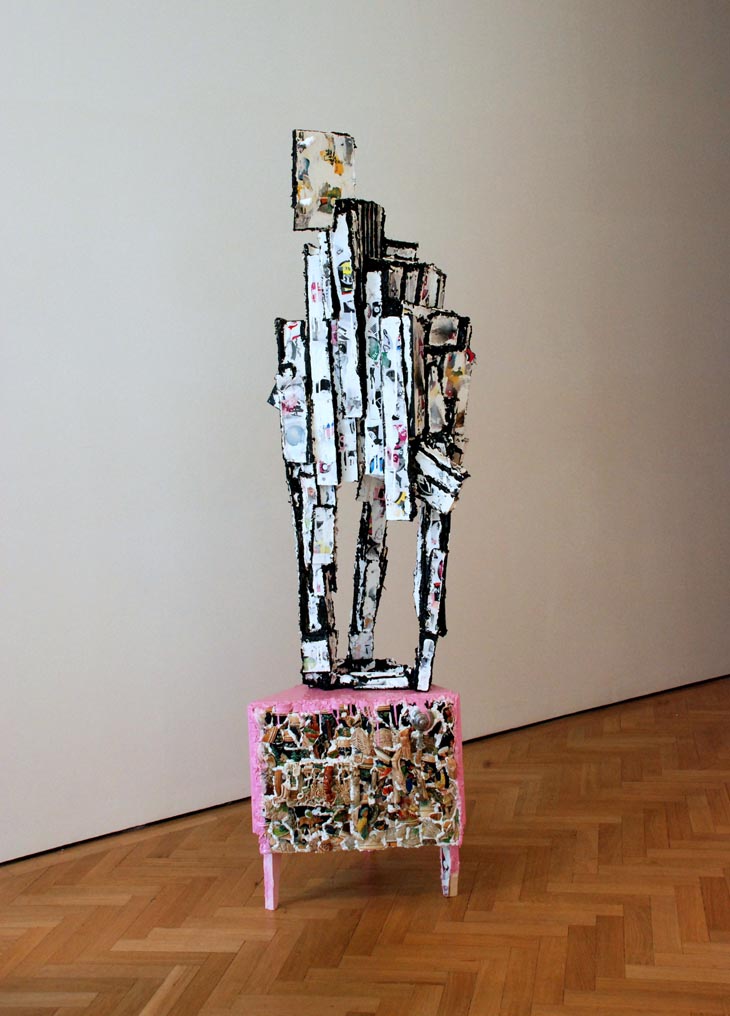 When it comes to acts of protest, sometimes sabotage just doesn’t go far enough. Parodying the countercultural turf wars of graffiti crews, Pearson’s Nu Brutus started off as a board which he entirely covered in street art stickers, their palimpsest of impudent logos replicating the destructive rituals of the urban underworld. Vandalising the vandalism, Pearson then performed a kind of chainsaw massacre dissection, mutilating the panel into bits before reassembling the parts as a Frankenstein-ish figure. Set on a coffee table-like plinth, Pearson’s monstrosity resolves a barbaric hero, a revolutionary paladin for the cause of couture-chic designer furnishings and the prestige of early modernism that the sculpture’s form so ineptly (and critically) approximates.