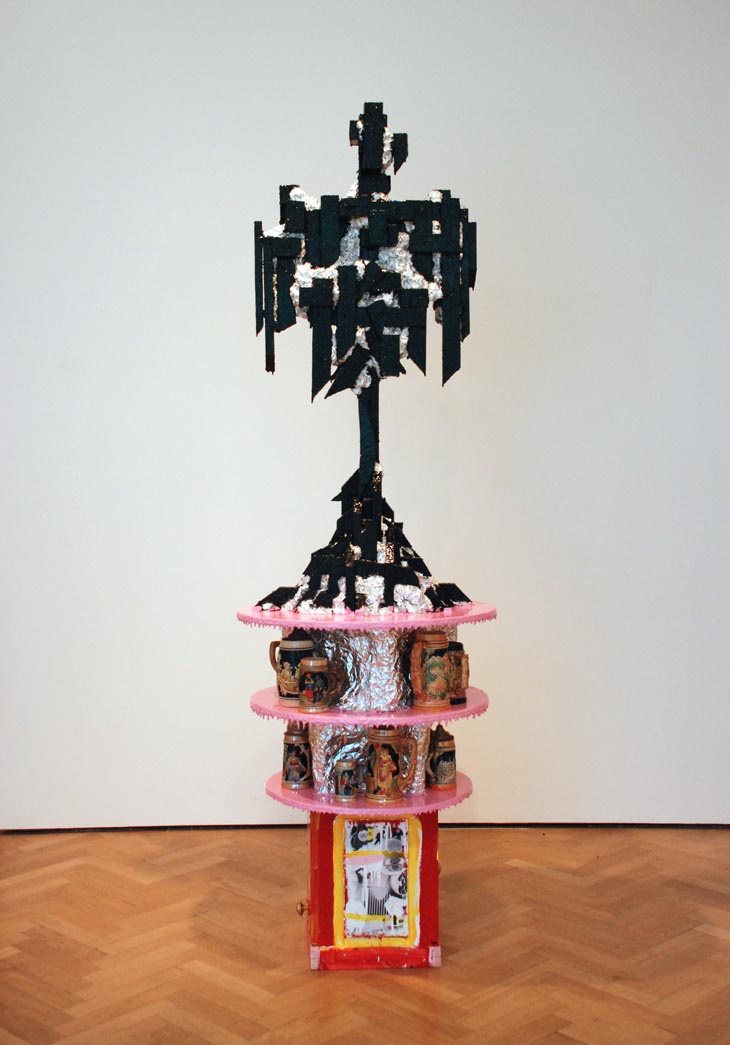 The concept of failure is integral to Pearson’s practice: the dysfunctional structure of the aristocratic class system and social ills of ‘broken Britain’ become topical malignancies transferred onto his work through both his aesthetics and making processes. Adopting a performative approach to making, Pearson positions himself as an ‘angry man’, taking out his frustrations in the most masculine pursuit of DIY – an activity guaranteed to invoke further fury. In Cyber Schmaltz Borg, Pearson approaches building a Nazi-esque standard with all the gusto of a football hooligan on a garden shed rampage. The result is hilariously pathetic, a crude effigy of twisted best-effort: a quasi-monument-cum-beer cabinet inspired by the ridiculous confectionary of Bavarian cakes, it encapsulates the feelings of inadequacy and impotence that underlie white supremacist culture.