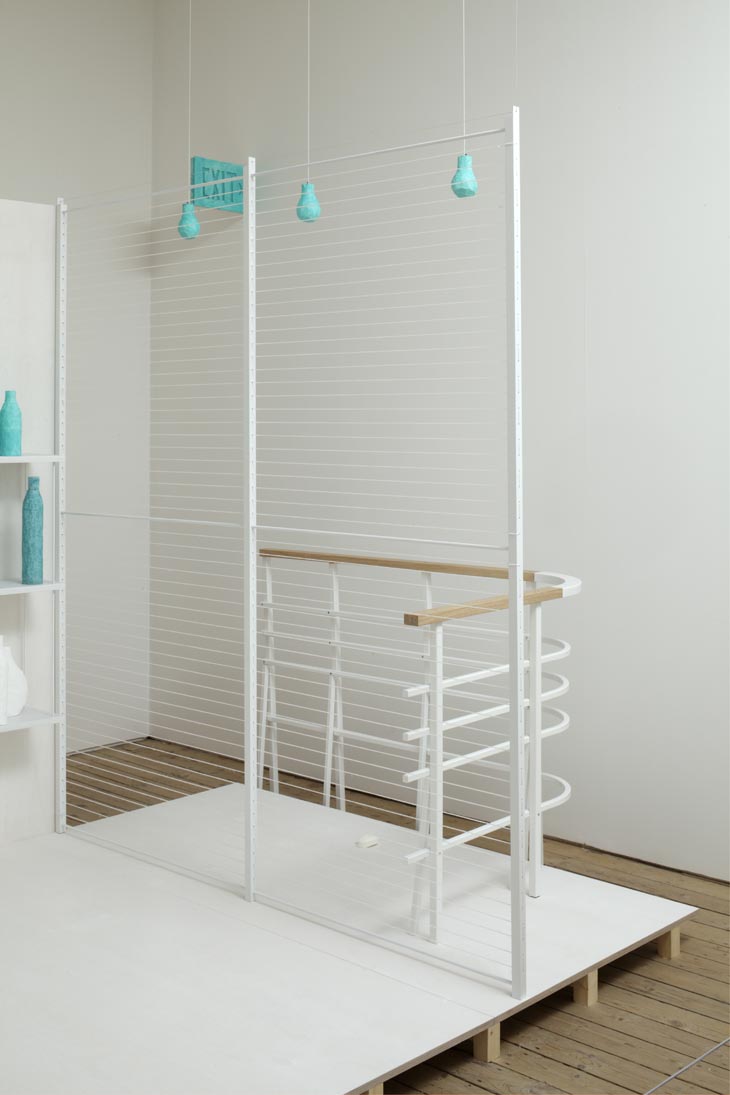 The title of Matthew Brannon’s sculpture Nevertheless (2010) is an appropriately oblique ‘giveaway’ from an artist known for the subtlety and humour of his language, objects and prints: “Nevertheless,” he points out, “is an adverb comprised of three words: never - the - less. It became my stance against the panic that ensued from the economic collapse. An attempt to answer the question: what can we make when we shouldn’t be making anything?”

Brannon’s answer to the question is to create shop window-like displays and make-believe theatrical sets. Nevertheless was made on the occasion of Brannon’s first show in London in 2009, and it was the perfect departure from other work being made at the time around urban malaise. Brannon, based in New York, dedicated the London show to the idea of the transatlantic sea voyage.

“As I was working I was rereading Evelyn Waugh’s short autobiographical book The Ordeal of Gilbert Pinfold, viewing the cruise episode of his televised Brideshead Revisited, and digesting the ship passage in Vladimir Nabokov’s Ada. There’s much to be said about such close quarters. About being in between lands and lost at sea.”

What Brannon has made is a sculpture of an installation, like a set for an untold story, in which seduction and frustration are masterfully ever unfolding. The scene’s suggestive props (water, curtains, handrails, dirty magazines under the mattress) contrast with an exit sign and rope cordoning off the piece, preventing anyone from entering the installation, and leaving the narrative up to the viewer.

“It’s not interactive but you can imagine it being interacted with. I told everyone it was the set of a play. Of a play about a murder on a ship. It’s true I did write it, but that’s another story. What you’re shown here is just the set. I’m allowing you to put the pieces together yourself. To do what you would with it.”