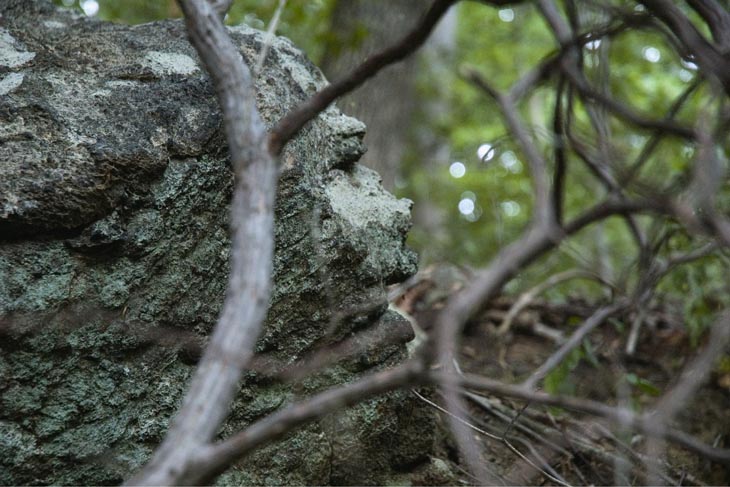 It would be misleading to say that sculptor Matthew Day Jackson simply photographed anthropomorphic land formations in the course of a four-month drive through the continental United States, as if they were just sitting there waiting for him. Perhaps a few of these noble heads were, but many others were camera shy and had to be coaxed out of hiding – only from certain camera angles would they agree to expose themselves. This initial reticence aside, the 48 different sentinels, each representing an historic region (Lincoln Head Park in Washington; Bandon Rocks in Oregon, Hells’ Half Acre in Wyoming, etc) pose with the same proud determination shown more or less a century ago by Edward Curtis’ Indian chiefs. But who are they? The answer, Jackson tells us, requires us to peer into a post-apocalyptic future, where each portrait depicts one of “Mother Nature’s Land Soldiers.” Through erosion, pollution and relentless environmental degradation they have resurfaced to reclaim the earth, guarding forests, surveying coastlines and even looking skyward for potential threats.