Melonebidone (Forno By The Sea) 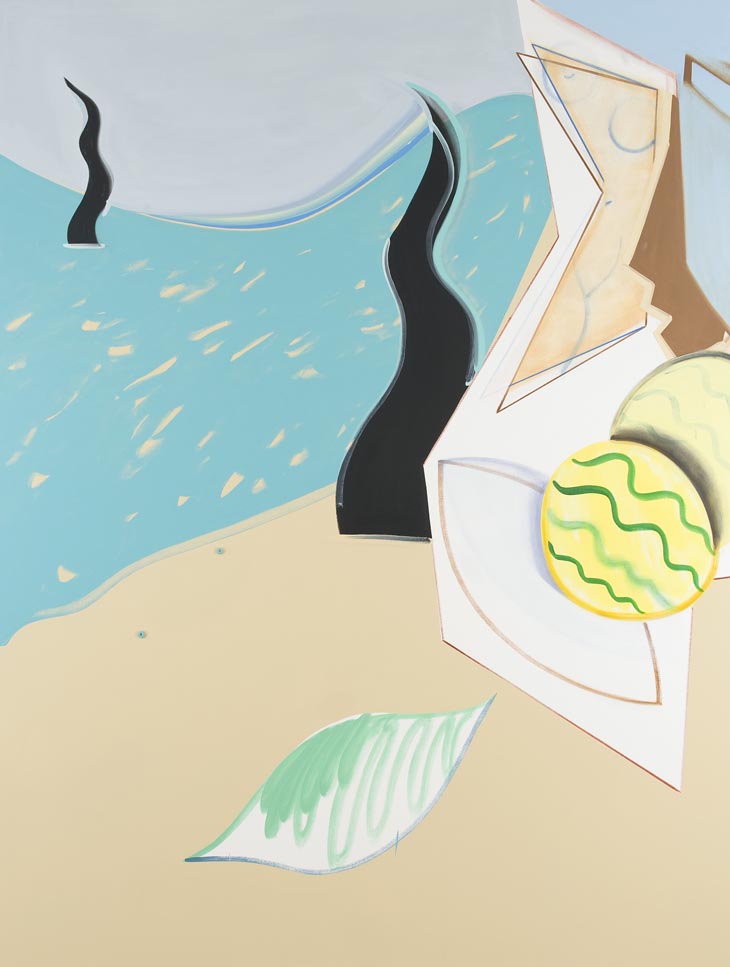 “Matisse is an important influence for me. He condenses form so much; his paintings have a feeling of joy and ease about them that I try to capture in my own work. This sense of leisure is coupled with a perverse or sinister feeling that comes from simplifying standard life imagery to these elided forms. In Melonebidone... there’s an image of a strange building with a big leaf washed up on the beach and there are two actual Froot Loops stuck to the painting’s surface which look like shells or pebbles. I started with the yellow and green beach ball which was inspired by a melon in a late Matisse painting. ‘Melone’ is Italian for melon, and ‘bidone’ means ‘trashcan’ but is also slang for a footballer who was bought for a big transfer fee but flopped. I like this idea of promise and failure in relation to my work: it has both an excitement and flatness to it.”