Same Blood, Not The Same Heart 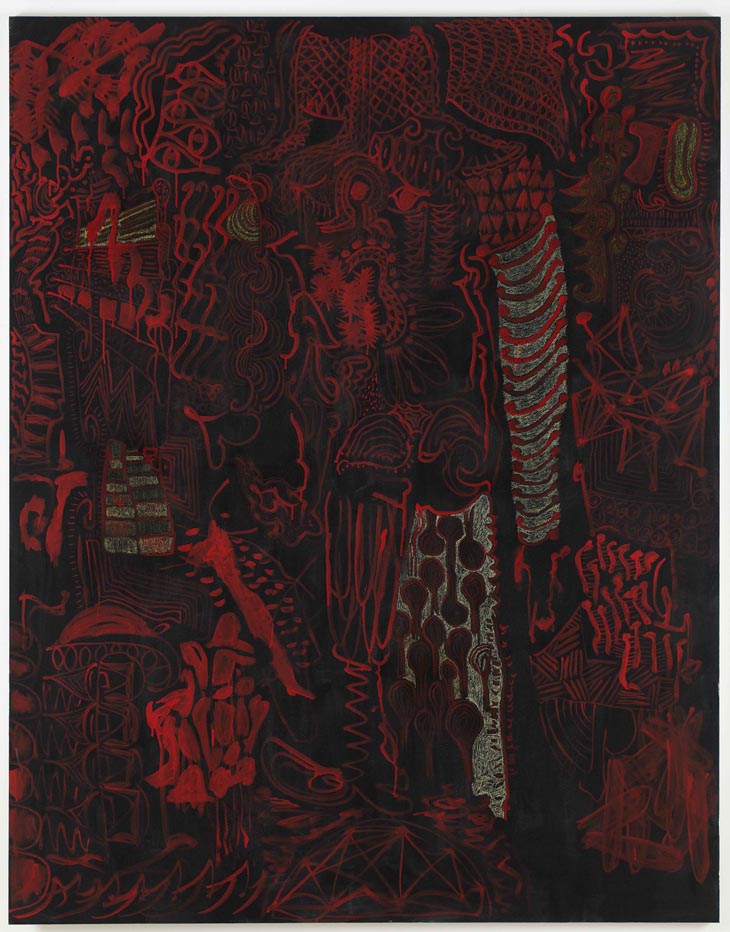 “This title I stole from The Wire. Two characters are talking about an out-of-scene character and his father whom they both know. The father, now incarcerated, was a real streetwise badass and the son now desperately tries to become like him, even though it’s obvious to everyone (except his mum) that he isn’t and will never be. Trying to become something or someone you are not because of outside expectations or your own desire must be one of the most painful experiences most people have felt I think. The character in the painting is also placed in a kind of pictorial limbo; he almost disappears into the chaos of the surroundings. Or maybe he is dislocating himself from it. I like the scarcity of the painterly techniques: the black gesso, the drawing in cadmium red, and the yellow crayons. The title just made sense instinctively, so I haven’t really thought about it before. Maybe the painting, like the son, pretends to be something it isn’t or maybe it has realised its own strengths and abilities and found its own place.”