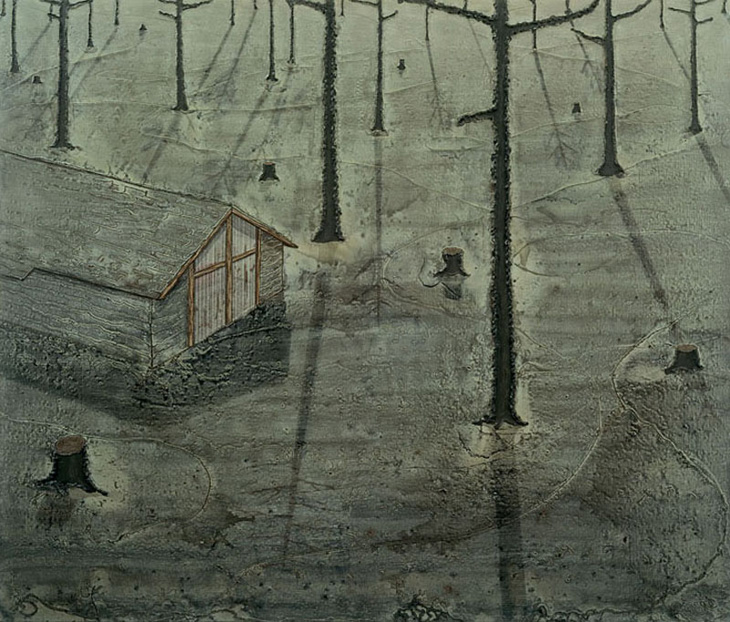 Michael Raedecker is a big fan of film, especially anything with a grandiose American landscape, the untamed freedom of the west. In beam he paints a lonely cabin in the woods - but this is no ordinary night scene: it’s almost like the painting has been solarised. A strange halo glow radiates from the trees, the crackling surface of the ground flickers between positive and negative light like an unnatural frost effect. There are shadows everywhere, distinctly pronounced in a conscious mirroring of the image: a double painting in one. This is a scene which is impossible in nature but completely commonplace in Michael Raedecker’s imagination and in spaghetti westerns. Raedecker got the idea from night scenes in old cowboy flicks, which were shot in the daytime with a filter over the lens.