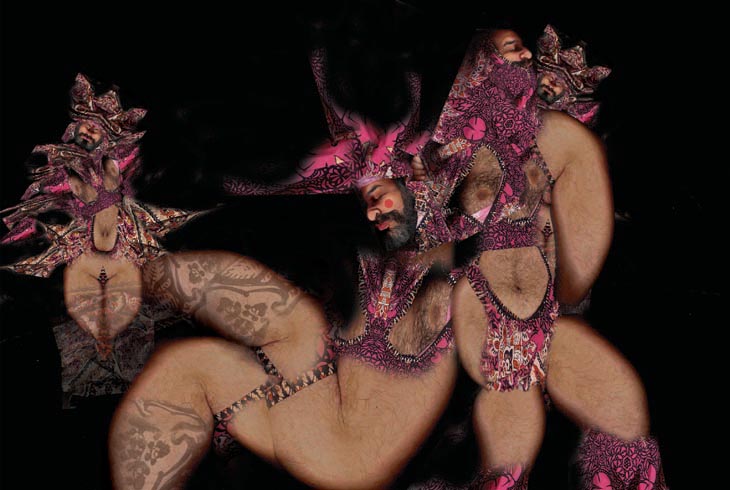 Haerizadeh’s Men Of Allah (08) uses technology to serpentine effect. Effusing the hyper-realism of virtual reality, his figures suggest an age-old tradition of street theatre, magic, and puppetry. Entwining these ideas of ancient and futuristic, Haerizadeh’s men evolve as bacchant gods, conveying a literary mysticism in their carnal revelry. Their otherworldliness is transmitted with hypnotic effect as flesh and fabric morph and aggregate in crystalline formations, envisioning a conjoined and refractive entity. Enshrouding the scene with an arabesque mystique, compressed and voluptuous bodies appear to be veiled in a gossamer of their own hair and tattoos, continuing the repetitive pattern formations of their regal pink garb.