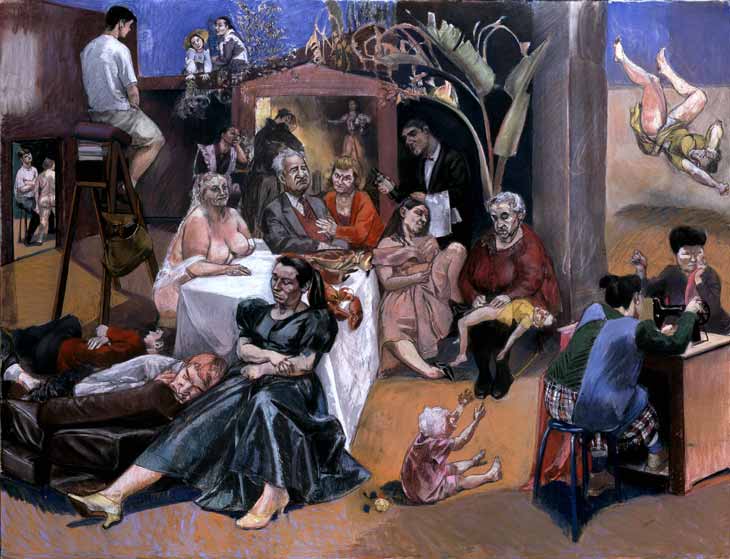 Paula Rego paints a world of dark fairy tale where childhood stories are thin guises for psycho-sexual intrigue and taboo, where magical realism rules, where nothing is certain except the witchy powers of feminism, and the underlying notion that nothing is as it seems.

The picture begins with the story of Celestina, a character who appears in Spanish literature in the late fifteen century. Celestina was a procuress and Paula Rego draws her as she draws all her women – tough, practical, ruthless. The picture uses the story of Celestina to explore the ages of women, although as Paula Rego wryly comments, if there are seven ages of woman as of man, then her Celestina has already lived through at least thirteen.