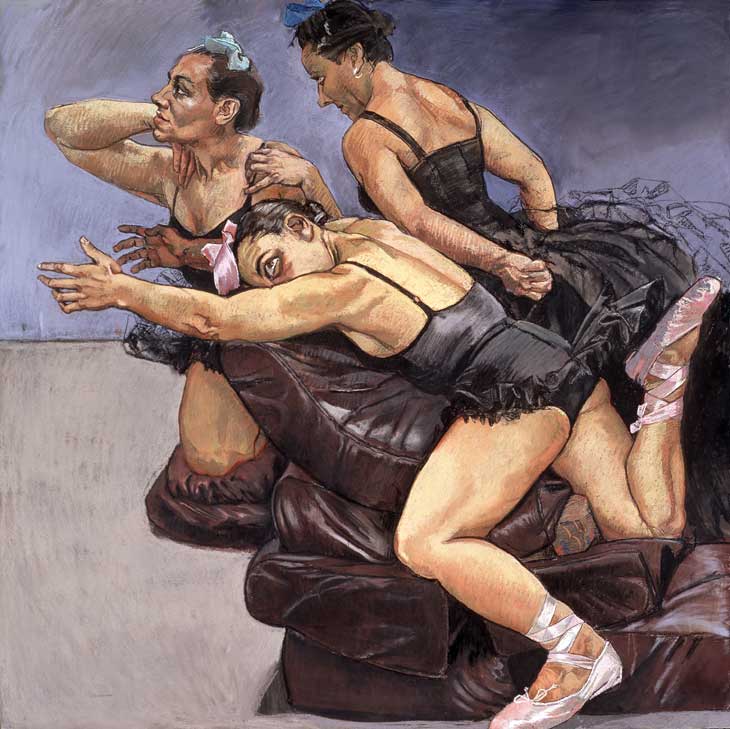 The idea of contributing to the show immediately appealed to Rego, as Disney has been an artistic influence and inspiration ever since she first sat thrilled and terrified through Snow White as a child. For 'Spellbound' she contributed pictures inspired by three of her favourite Disney films - Snow White, Pinocchio and Fantasia. It was Fantasia she concentrated on, the most abstract of Disney's films, his inspiration of famous pieces of classical music through animation.

Rego purposely did not look at the film but relied on her memory and an occasional glance at John Cluhane's illustrated history of Fantasia. In the film the ostriches perform the waking or 'Morning' sequence from Dance of the Hours, a ballet in the opera La Gioconda (The Smiling One) by Amilcare Ponchielli, first performed in 1876. Cluhane writes that in the first stages the animators made sketches of ballet dancers who were brought to the studio to perform positions and movements, "the equivalent of a model's holding poses for an artist who draws still pictures". The models were turned into birds, sometimes quite literally. As those present recalled there was "a very tall, very ostrichlike girl, and she loved doing the burlesque of the ostrich for us.We put a few feathers on her costume where ostrich feathers should appear, and a bow on her head, and she performed the routine to perfection." Rego reserves this process, turning the birds back into people.