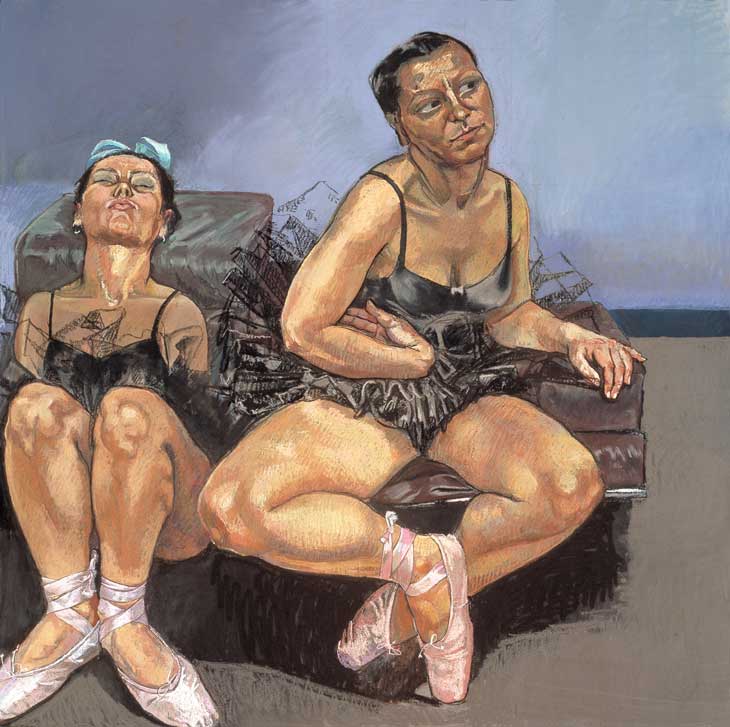 Lila Nunes, who has known the Willing family since she first came to nurse Victor Willing, has modelled for numerous Rego pictures. As she had done for the dog women, Rego drew the finished pictures for The Ostriches direct from Nunes' poses. This made the work especially collaborative, requiring improvisation on both sides.

"Lila has been living with my mother's fantasies for so many years that she can now add a little extra to them", says Nicholas Willing, Rego's son - himself an award-winning animator and film director. "Lila and she are very alike in their Portugueseness. It's a question of humour, a certain toughness and blunt lack of sentimentality." Using Nunes for all the ostrich women turns the eight pictures into eight frames of one figure. That is why the series only truly makes sense as one work, one women displaying a range of emotions and positions but so changed in the drawing, only those who know Numes well would recognise it. The sequential order tallies with the film, the ostriches waking up and proceeding to dance.