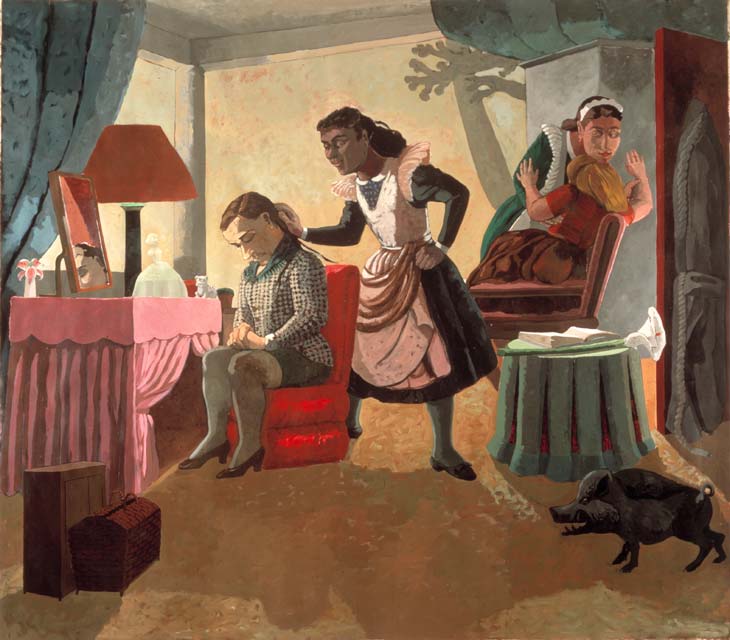 The story at the heart of the painting came to Paula Rego ready-made in the form of Jean Genet’s play The Maids (1947), itself based on the real-life case of the Papin sisters, Christine and Lea, who worked as maids for a rich Parisian family. One day, frightened for no apparent reason other than that of a power cut which inconvenienced and possibly frightened the sisters, they brutally murdered the mother and daughter of the family while the man of the house was out at work. In working with the story, Paula Rego seems to have focused on the unnatural closeness of the sisters, both to each other and the mother and daughter they murder. Ambiguity and menacing psychosis reverberate within the picture, much of it carried in the objects with which the room is claustrophobically furnished. And isn’t there something uncertain about the sexuality of the seated figure?