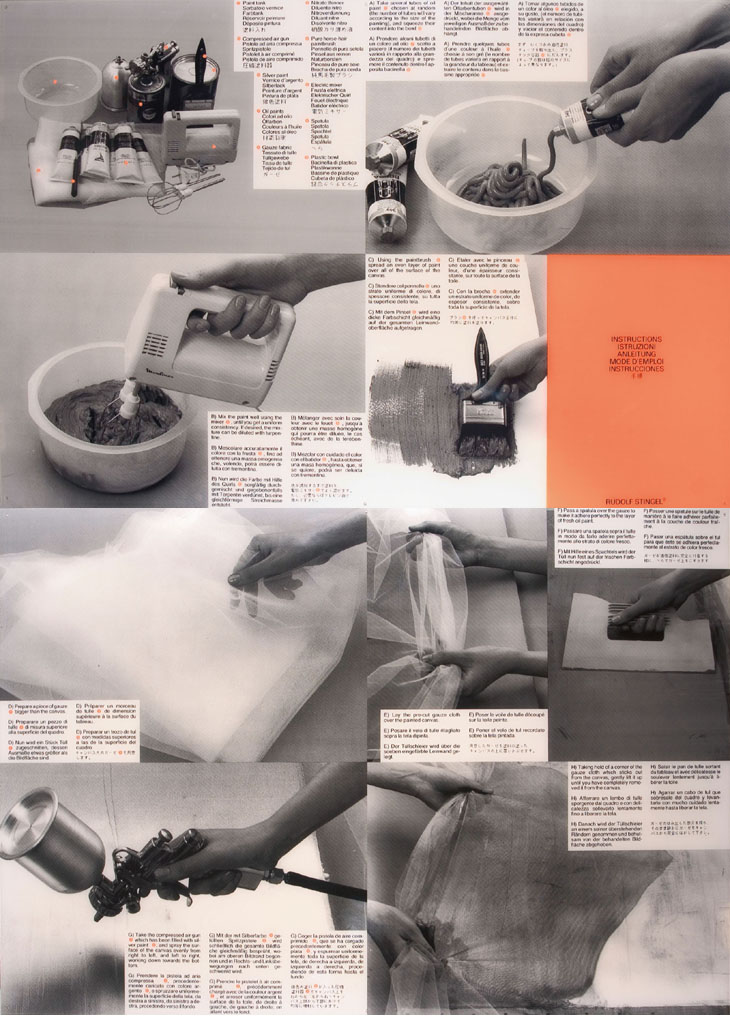 Though Rudolph Stingel’s work isn’t presented on traditional canvases he is a painter in the purest sense. Through his instructional photographs and installations, his work explores the essence of making, gesture, and expression through questioning authenticity and authorship. Often inviting the audience to interact with his work, Stingel promulgates the artistic process, allowing his artworks to develop as public ‘collaborations’. Through reconsidering the appreciation of aesthetics as a relational experience, Stingel challenges ideas of cultural hierarchy, modes of production, and the mythology of the artist. Rudolf Stingel’s Instructions is a silkscreen print detailing the process of making one of his own abstract paintings. Composed in a grid reminiscent of Warhol’s pop paintings, Stingel disseminates the ‘how to’ of masterpiece construction as a democratic activity. Offering conceptualism for all with Blue Peter simplicity, Stingel’s print operates as both resolution and impetus; in presenting the suggestion of what might be made rather than a finished canvas, he renders to power of potential as a radical argument with which to approach contemporary painting.