Untitled (Woman bathing in her hair) 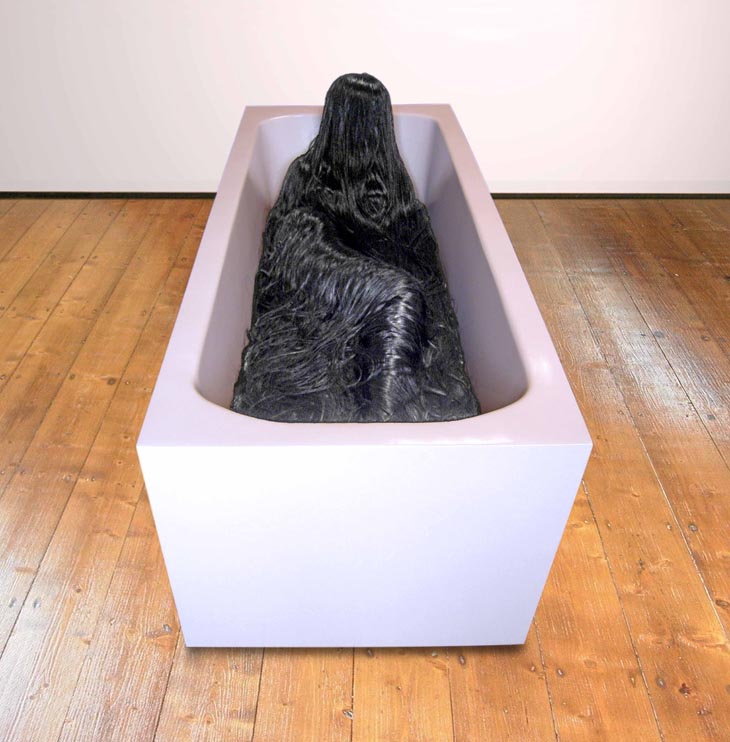 Influenced by the surrealists and the writings of Samuel Beckett, Simon Schubert draws upon the absurd to visualise sensations of isolation and anxiety, and engage with ideas of existence. The concept of ‘disappearing’ – as a moral and psychological erasure – is a recurring theme in his work. In Untitled, Schubert presents a woman in a bath, completely engulfed by her own hair. Schubert’s sculpture posits a relational empathy through the tactility of his materials, where sensations of revulsion, cloyingness, and suffocation convert the unreality of dreams to physical manifestation. The casing of the tub doubles as both inverted ‘plinth’ and pristine coffin, creating an uncanny parallel between death, art and subconscious aberration.