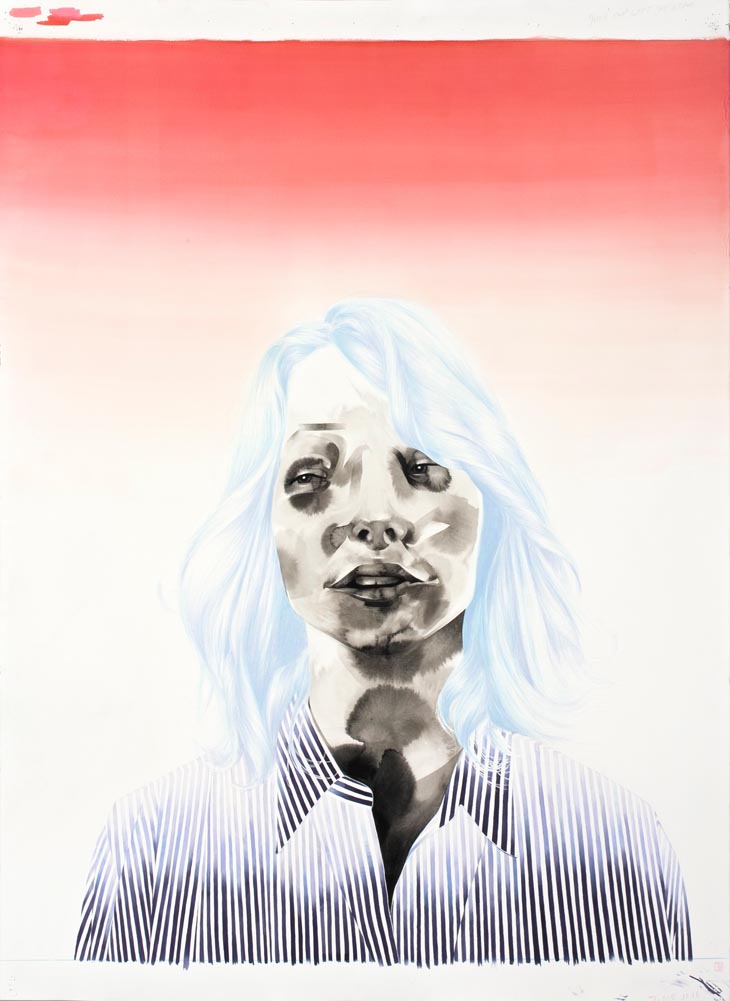 The tension between old hat associations of two traditional modes – the provisional glimpse against the measured analysis, let’s say – create the stage for Tharp’s cast of sometimes grotesque, often sympathetic characters. Each face’s appearance is pitched between the seen and the glimpsed. As though mimicking the act of forgetting, faces blur and disappear in a cloud of marks: the act of description erases them. Ink is sucked backwards into the blankness of the paper (what was his name again?); the medium’s wetness makes nostrils and eye sockets splay madly (no, I don’t think we’ve met).