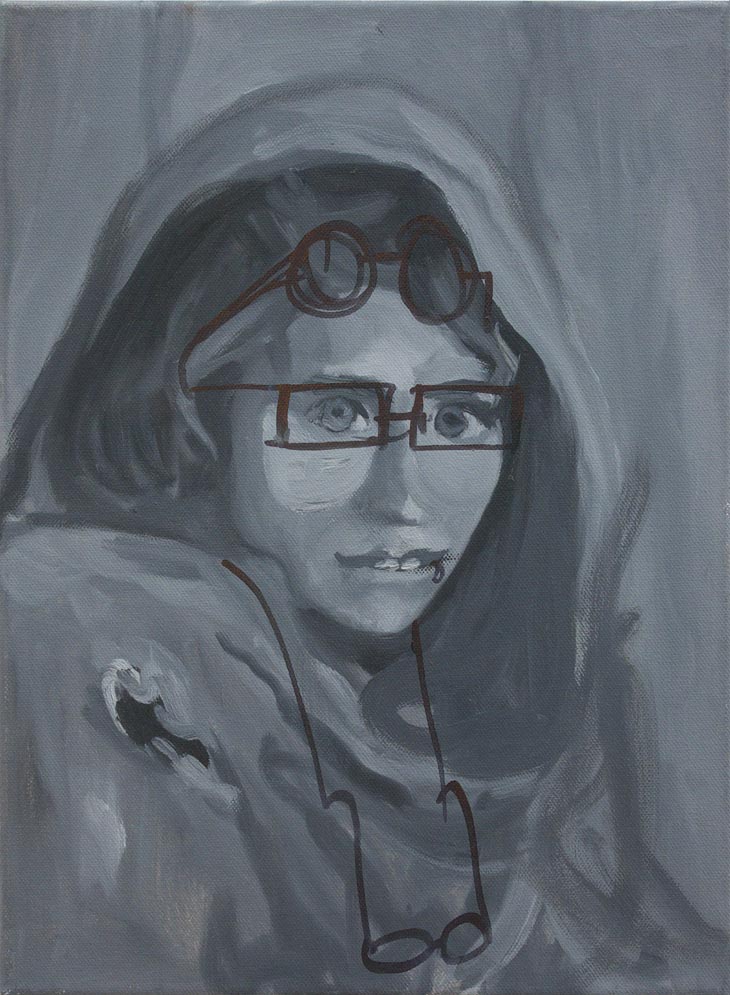 Tom Ellis’s Rachtwurst 2 takes as its subject Steve McCurry’s famous photograph Afghan Girl, which was used on the cover of the June 1985 issue of National Geographic and became an international icon for the Afghan conflict. The girl in the photograph was an unknown refugee and her identity wasn’t discovered until 2002; though Sharbat Gula’s face has become one of the most recognisable images of the 20th century, she was completely unaware of its existence or impact. Ellis paints this image in humble scale and defaces the portrait with marker pen. By degrading the image Ellis deconstructs this historical moment, nullifying its propaganda power and highlighting the gulf between cultural mythology and personal reality. Ellis describes this work as “prising the image from the jaws of failure.”