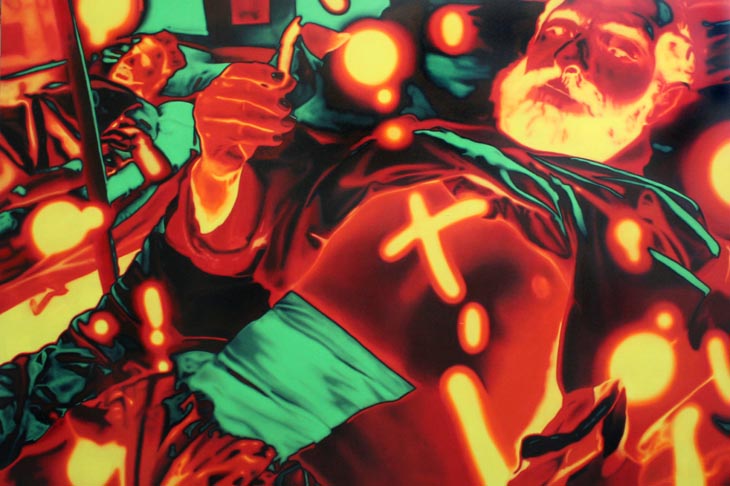 Employing the themes of war and global terrorism, South Indian artist T.V. Santhosh paints in lurid greens and shocking orange, recreating the effect of a colour photographic negative. The artist charges his large canvases with figures in contoured and compromising positions. Like many of his politically motivated contemporaries, Santhosh lifts pivotal episodes from recent history and renegotiates their appearance with a shock-bulb of violent energy that eclipses the work. Santhosh’s paintings of impending doom, a world at the brink of an atomic end, are intentionally more apocalyptic than cathartic. Tracing an Ancient Error is an illuminated work of what appears to be a bearded man lain out, revealing his chest, holding onto something resembling a thread. An image from recent news events, Santhosh captures this scene and reinvents its value as a piece of anonymous and charged history.