Primary Syphilitic Ulcers of the Cervix 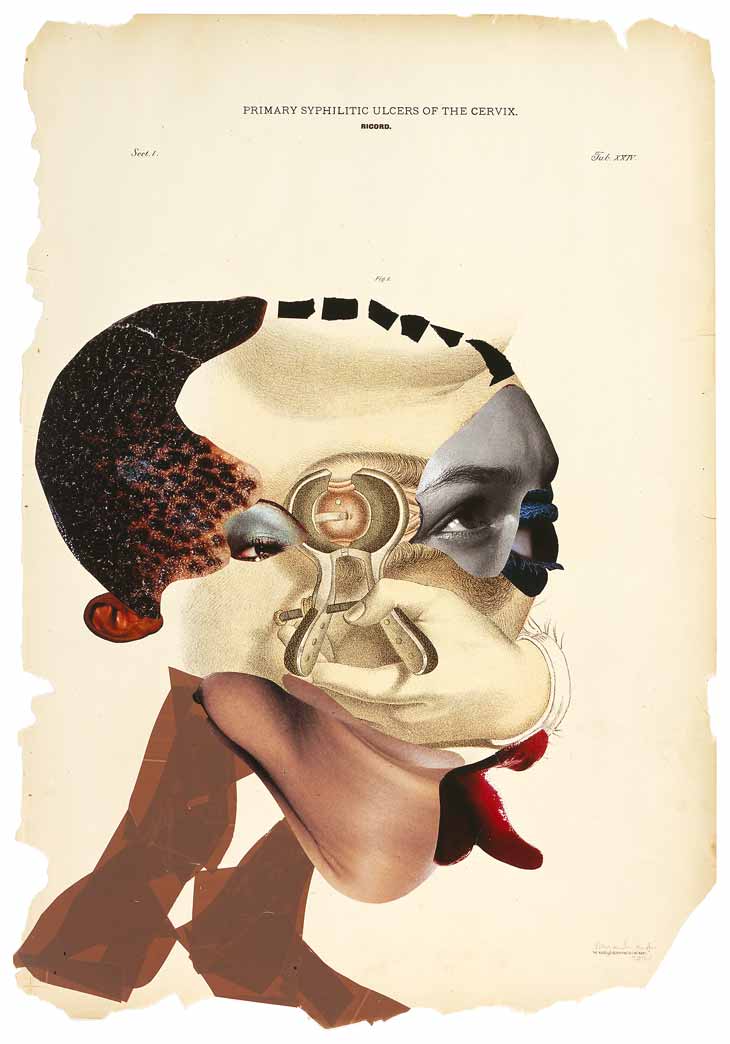 Wangechi Mutu harnesses the fear of the unfamiliar as a tool of power. Formed from cut and paste, Mutu’s creations are hybrids of multiple sources referencing the scars of cultural imposition. Placed atop medical diagrams, they feed off their cancerous classifications, directly confronting cultural preconception and bias. Set around image of an invasive gynaecological procedure, the woman in Primary Syphilitic Ulcers of the Cervix garners her strength from the source of her molestation. Disaffected and immune, Mutu’s distressing figure is comprised of the horrific myths of our own making.