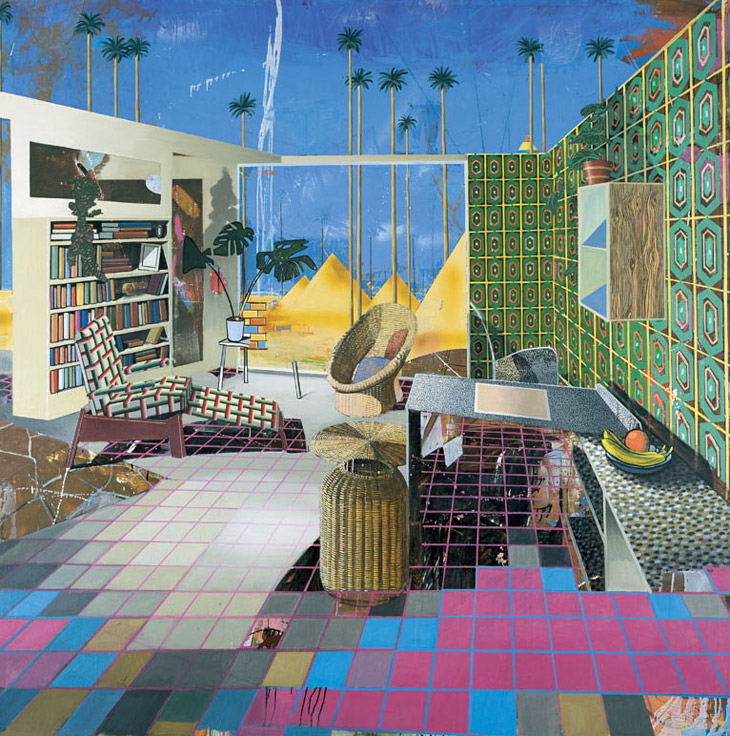 Matthias Weischer’s dream houses defy all spatial logic; he makes architectural installations that can only exist in two dimensions. Depicting a ceiling-less apartment, Egyptian Room removes the ambit between internal and external space. Instead, each element imposes its own sense of order on each other: outside, palm trees and sand dunes tower in geometric precision, while inside Matthias Weischer’s meticulous grid gives way to its own organic confusion. The floor melds inconspicuously with the counter, shelves and table tops tilt to high-seas angles, and objects such as the basket sink below their supporting surfaces. Banality is ruminated as a perpetual labyrinth where obsession and madness become the pursuit of wonder and delight.