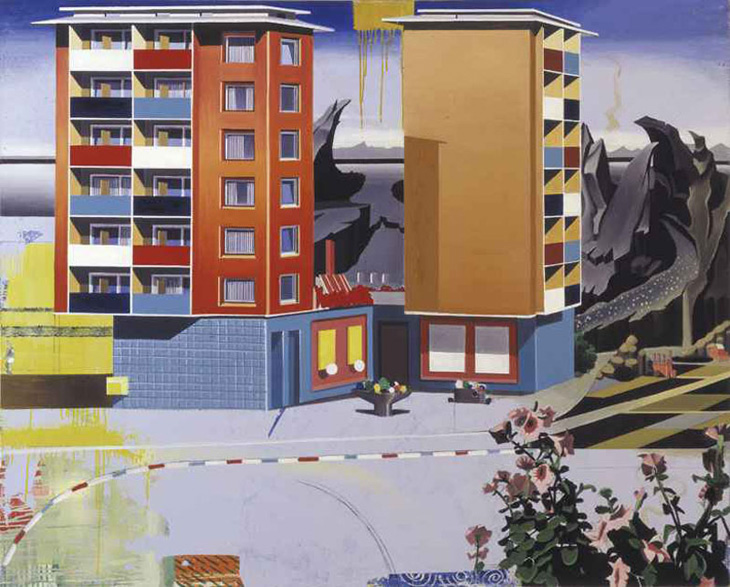 House operates as an antilogy: a painting that’s a contradiction of its own expression. Subverting the expected qualities of painterly rendition, Matthias Weischer invents an environment where each element adopts attributes opposite to their character. Flowers in the foreground recede with the flatness of wallpaper, while rugged mountain backdrops protrude with stylised sharpness. Hard-edged formalist tower blocks exceed planate limitation to create believable sculptural volume, while details nearest in perspective float in non-descriptive nether-space. Smudges and drips of pure abstract gesture should lead the eye directly back to the painting’s surface; instead they create a disorienting tiered perspective. Matthias Weischer creates a common urban scene as a surprise of improbable construction, exploiting illusion to its ultimate possibility.