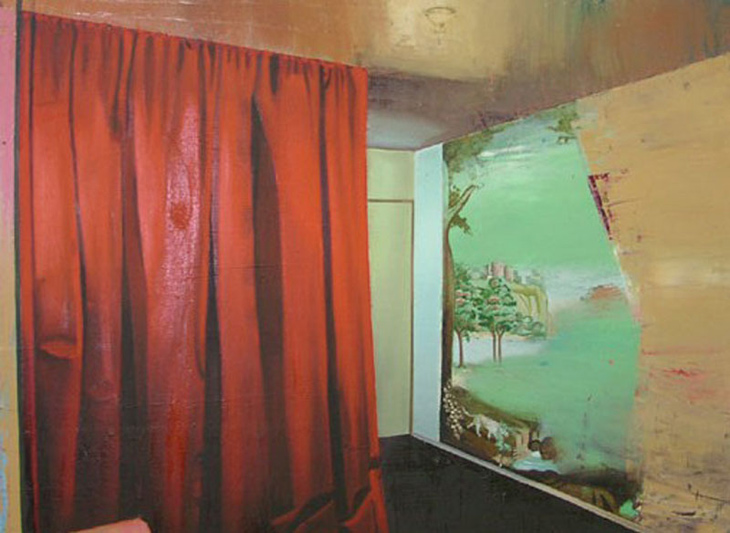 Matthias Weischer’s Interior sets up an ambience of corroded decadence. Here Weischer’s formalist interests are presented with more naturalistic qualities. Exploiting his media to its full potential, Weischer creates spatial illusion through his application as well as composition: the heavy folds of the curtain are painted with concrete ballast, while the ceiling writhes with liquid fragility. Weischer renders the receding wall with battered texture, the illusion of movement gives way to a fanciful mural; a portal to a mystical landscape, incongruous with this dilapidated setting.