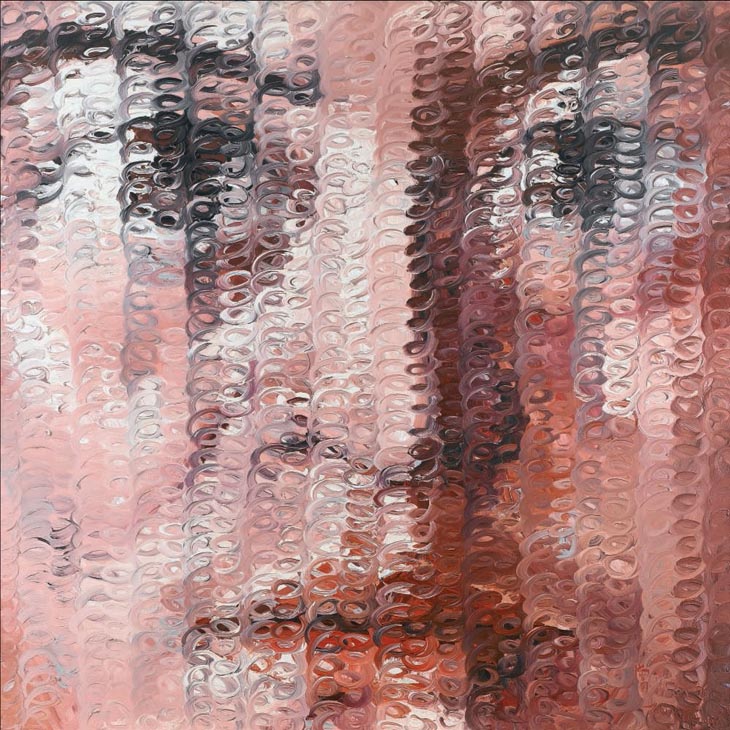 We n:2 operates simultaneously as portrait and abstraction. The extreme close up of a face is uncomfortably large, its beatific features becoming imposing and oppressive. Zeng obliterates this image with a mesh of ringlet patterns. Scribbled out, barred by a defective ’screen’, the effect is continuous and mesmerising, describing an impossibility of intimate articulation and knowledge, a jumbled poetry in their imperative gesture. As Zeng’s brush marks trace through the figure, colours are dragged and repositioned, creating a ghost image, echoing multiplicity and technological distortion.