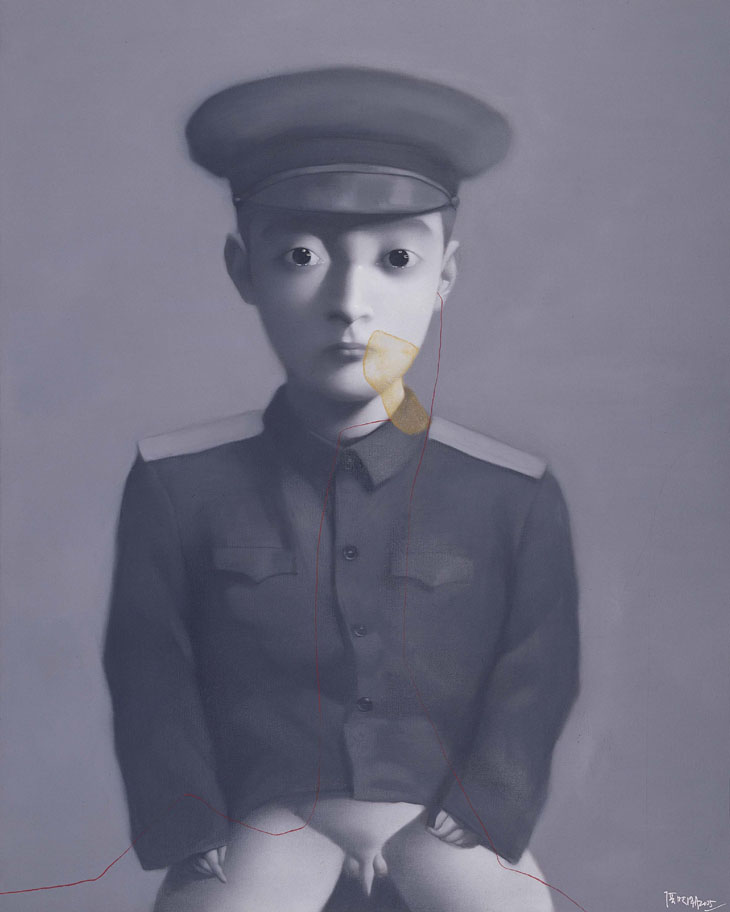 Xiaogang’s figures, with their same-same appearance and expression, allude to a disturbing mass psychology. In My Dream: Little General Xiaogang’s image of a boy, dressed in military uniform and naked from the waist down, exemplifies the anxiety between public veneer and private vulnerability, official doctrine and personal conscience. Rendered with a patina aura, Xiaogang’s painting is both dreary and heroic, encapsulating the optimism of a bygone era and its hind-sight failures; the child a nostalgic emblem of corrupted innocence, trapped between the romantic aspiration of the model citizen ideal and its unattainable reality.