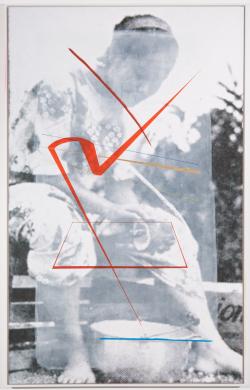 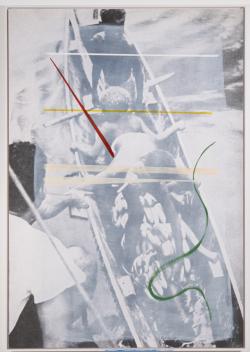 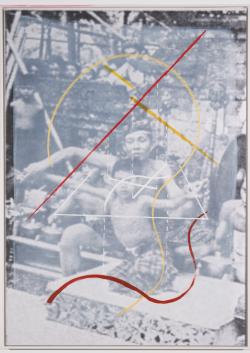 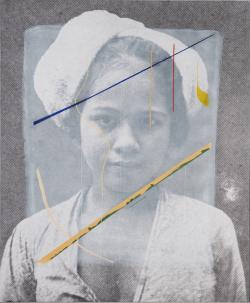 Carlos Noronha Feio is a wide-ranging Portuguese experimentalist whose rigorously perverse videos of self-set tasks and richly conceptual rugs I have previously enjoyed. This show takes the rigorous perversion in a new direction, as it consists purely of collages of plant forms made from photographs of nuclear explosions. TheyŌĆÖre classified according to the system used by botanist E.D. Merrill in his 1945 guide ŌĆō for US military use ŌĆō to the plant life of the Pacific World. ItŌĆÖs a neat way of yoking military and domestic, horror and beauty, creation and destruction etc, but the key s how the collages take on an unpredictable life of their own, as if the backstory is merely a pretext.

"Plant life of the Pacific world" is the latest exhibition from London-based, Portgual-raised artist Carlos Noronha Feio. The works are collages, which assemble plant and flower forms from images of nuclear explosions.

Most of the collages have been classified according to E.D. Merrill's book of the same name, published in 1945 for military use. Carlos talked to us about the exhibition, how it was produced, and some of its underlying themes.

How did you come across the original Plant life of the Pacific world, and what led you to consider the book as a subject for your exhibition?

The idea for the collages originated from a previous work Trying to reach point zero In it, I create parallels between the technological and the natural. Aesthetically, I do that by showing you a tree and a tree in neon... except that the neon one is actually a nuclear explosion.

My work tends to develop in actions: performances as sketches. Several of my series are developments from previous works, as these collages exemplify. They derive from Trying to reach point zero which in itself is a reworking of Neolithic fields.