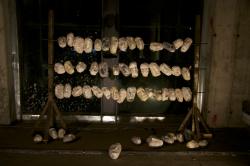 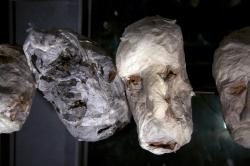 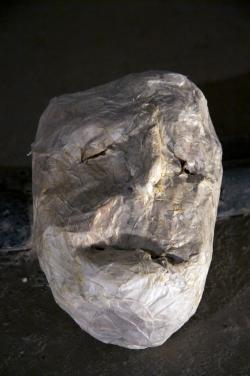 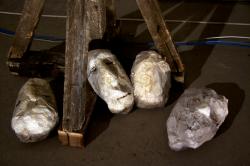 Daria Krotova’s works use purposefully fragile media, such as thin sheets of paper or soft clay, to explore the delicate, material, ‘living’ nature of art. She makes objects, drawings and installations that become worn down during the very process of their making, and that invite their audience’s erosive touch. Her work’s symbolic on-going damage questions the notion of art, and of the art establishment, as permanent. 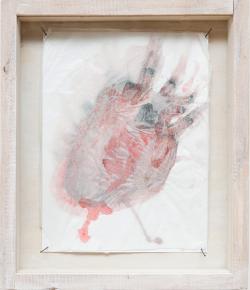 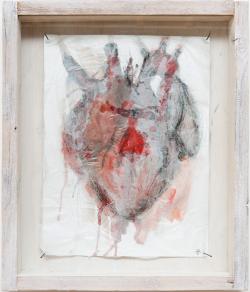 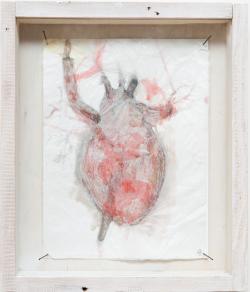 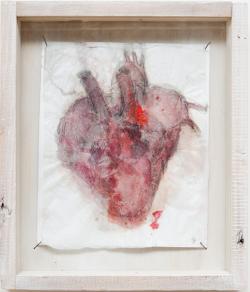 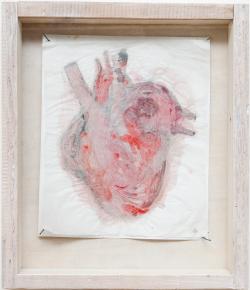 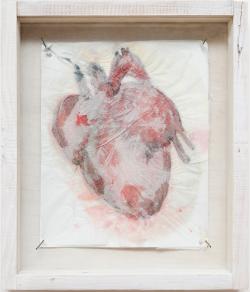 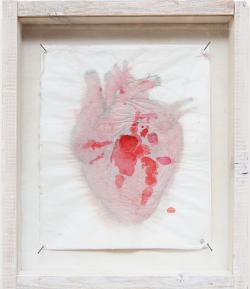 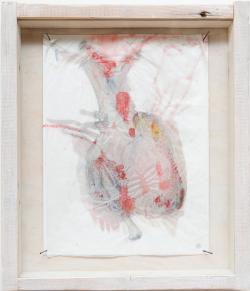 Daria Krotova
Heart, Organ Of Love (Sometimes My Heart Turns Into A Chicken)

Krotova’s work focuses on the representation of real, living shapes – heads, faces and hearts – isolated from their usual physical contexts. Her visual language raises our consciousness of the representation of life, even of imaginary creatures, within the art historical tradition. Her installations are sometimes composed of thin, papier-mache-like sculptures; other times of porcelain, another material that could be easily shattered. For some projects she has created sites with ‘archeological’ objects – not pottery shards but bones and teeth and horns made out of ceramics as a way of underscoring the fragility and fetishisation of historical remains. 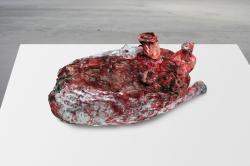 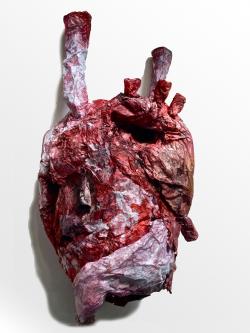 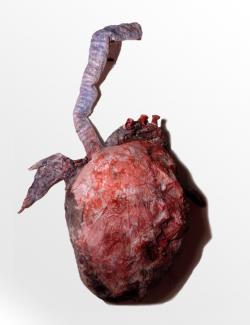 Heart, Organ Of Love (Sometimes My Heart Turns Into A Chicken) is a series of layered and pinned together watercolours depicting human hearts, rendered particularly tangible and evanescent by the depth of texture and colour of Krotova’s wet on wet, torn crepe paper pasting. “I like working with materials, which are perishable, which often break and fade during the process of work,” Krotova explains, “even before it’s finished, like ceramics, or paper, because for me they convey the ‘living’ quality to the object to be made in the best way.” But she does not forego the possibility of working with more solid materials, say marble. “Fragile and perishable can be written in any heavy block.” 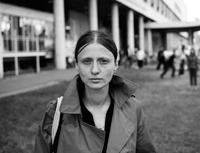 Born in 1971, Moscow
Lives and works in France and Moscow


2012
Gaiety Is The Most Outstanding Feature Of The Soviet Union, Saatchi Gallery, London