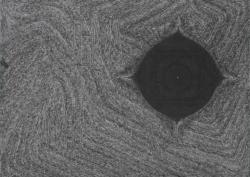 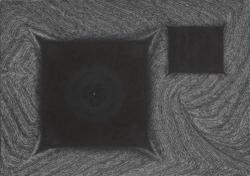 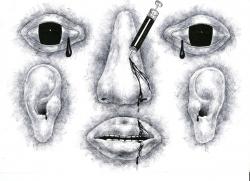 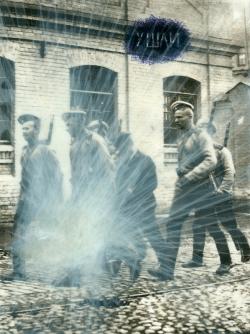 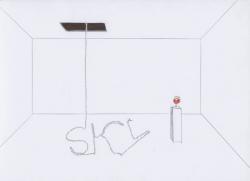 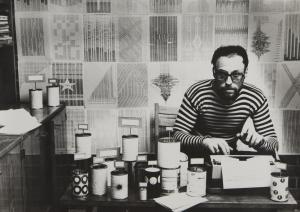 Prigov is one of the most famous figures of the ‚Äúunofficial art‚Äù of the era of the collapse of the Soviet Union. His broad and multidimensionality oeuvre recon the Renaissance universalism. Prigov was a poet, graphic artist, sculptor, author of installations, performance artist, and culture theorist, who appeared as an actor and vocalist in various film, TV, and musical projects. His literary works and visual art are often tied to each other. Every public reading of his texts turned into a performance: Prigov used various masks of the poet, poet-town crier, poet-hysteric, and poet-prophet, and various ways of reading texts, often in the buffoon mode. His artistic method included mystification, simulationism, travesty, when the artist would first speak in the voice of a propagandist and then as an official, or his lyrical hero would turn into a dull mundane Soviet. Starting in the 1990s, Prigov started to design installations on paper, which he himself called phantoms ‚Äî numerous series of sketches with ideas for unrealized installations. Prigov was drawn to everything fragile, ephemeral, and using material like newspapers ‚Äî which he considered a metaphor for human beings with a perishable body but filled with ideas and thoughts ‚Äî he realized his most large-scale and effective installations (‚ÄúKaspar David Friedrich,‚Äù State Tretyakov Gallery, 2004).

Dmitry Alexandrovich Prigov was born in 1940 in Moscow, died in 2007 in Moscow. Prigov‚Äôs father was an engineer, his mother a pianist. After school, he spent two years working in a factory as a metalworker. In 1956, Prigov started writing poetry. In 1966, he graduated as a sculptor from the Higher Industrial Art School (known as the Stroganov), where his fellow students at the time were Boris Orlov, Komar and Melamid, Leonid Sokov, and Alexander Kosolapov, artists who later formed the nucleus of Sots Art. In 1966‚Äì1974, he worked for the Moscow city architectural department as an inspector overseeing painting of building facades. In 1972, he and Boris Orlov rented a studio, which became a meeting place for artists and poets of the underground. At about the same time, his art practice began in the most advanced movement of Moscow art of the period, Conceptualism. In 1982, together with Victor Erofeyev and Vladimir Sorokin, they formed the EPS group, whose cultural mission was in deconstructing various forms of Soviet ideology by including taboo contexts, particularly ‚Äúthe aesthetics of the body‚Äôs bottom,‚Äù into the literary sphere. On the eve of Perestroika, he did a street action by posting up a series of his poems, ‚ÄúForewarnings,‚Äù to the street walls. For that action he was hospitalized in a mental institution and released only after the intervention of famous cultural figures.
There was never a single official exhibition of Dmitri Prigov in the USSR. He was able to publish his texts in his homeland only starting in 1989, in such journals as Znamia and Ogonyok. Before that, his works were published in e“ëmigre“ë journals, such as the almanac Catalog in the USA and the magazine A-Ya in France. In 1991, he became a member of the Russian PEN. It was only after Perestroika that Dmitri Prigov could travel to Europe. At present his work is widely acknowledged and his texts are studied by Slavists in many countries.