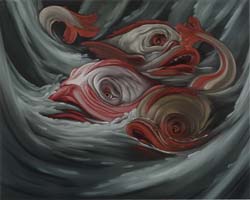 110 x 140 cms
Edward Kayâ€™s paintings are inspired equally by art history and kitsch. His work draws from various archetypal genres such as portraiture and still life to render scenes which have an instant familiarity yet are off-beat. Kay has incredible painting skill which allows him to shift and combine styles fluently, and his canvases convey the serene power of masterworks and the dramatic overtones of graphic illustration. 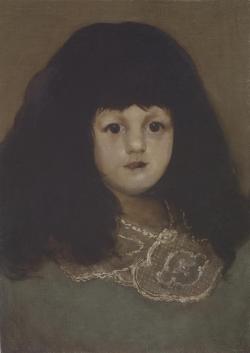 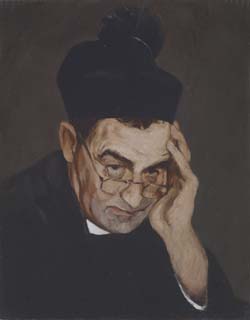 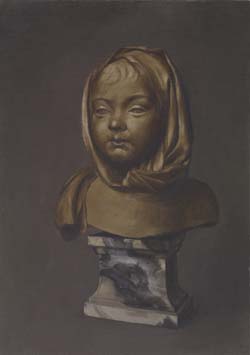 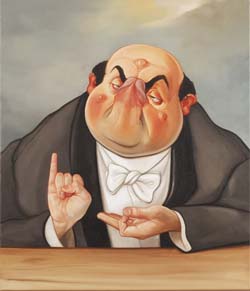 Kay’s The Bon Viveur (ii) is reminiscent of Georg Grosz’s satirical portraits of 1920s Berlin society. Corpulent, well dressed, with genitalia on his face, Kay’s character is a full-figured image of the ’good life’. Rather than taking a moral position, The Bon Viveur (ii) is a celebration of its own perversity, a connoisseur’s paragon of gluttonous indulgence. The canvas is rendered in a flawlessly decadent style worthy of its subject.

chungkingproject.com
Images from Kayâ€™s participation in the group show â€śIconsâ€ť, 9 September - 28 October 2006 at Chung King Project, LA.
â€śChung King Project is pleased to announce "Icons," an exhibition of paintings by six European artists, all showing in the United States for the first time.
United by their employment of the small-scale, referencing the language of icon painting, each of the artists presents a new take on the traditional genres of painting.â€ť

vernissage.tv
At first sight, Edward Kayâ€™s portraits recall Renaissance portraits and British hunting paintings of the C18th, yet his work is loaded with references to the modern day. Gavin Nolanâ€™s paintings depict ambiguous nightmarish personalities, with features distorted and accentuated.

axisweb.org
Like Sam Porritt, Kay has studied his MA at the Royal Academy Schools and is represented by Dicksmith Gallery. The small scale, staggering technique and rarefied subject matter of his paintings heighten appreciation of their precious objecthood, as though they were jewels or painted miniatures on a lacquer box.