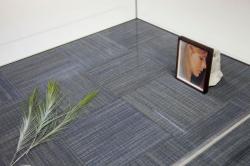 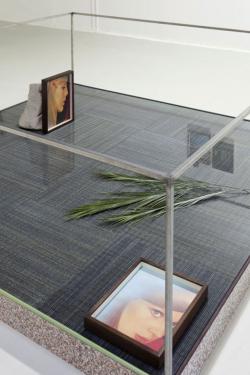 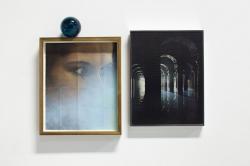 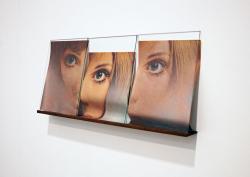 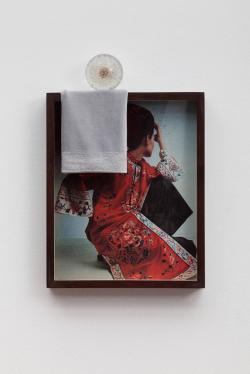 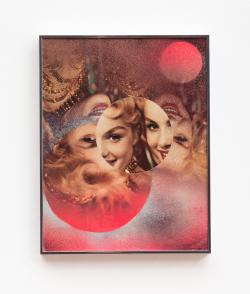 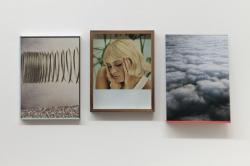 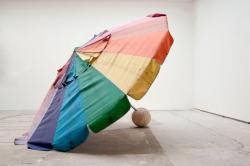 The volume of applications has ramped up in the final days before the deadline for the Converse/Dazed Emerging Artist Award 2011 and London-based artist Gabriele Beveridge has come out top as our penultimate submission of the week. Having graduated from her Fine Art Media MA at Slade in 2010, Beveridge went on to be included in the Resonance stand at Frieze in 2010 and exhibit in a group exhibition at Rod Barton Gallery. Her work is already held in the Tate St. Ives collection amongst others, and as a young artist born in 1985 she has time enough to build on her success. Here she speaks to us about about the photos, objects and images that form her impressive practice.
Dazed Digital: What are your influences?
Gabriele Beveridge: I see my influences as incoherent fragments pulled from the world around me, from other people, other things, places; all at once without direction, leaving infinite traces. Iâ€™m drawn to the way in which things display themselves, whether that be a classical sculptural scenario or the removed gaze of a person in an image found in the paraphernalia of our consumer culture, and to things that are just slightly outdated. Itâ€™s more about making sense of influences than it is recognizing them.
DD: How would you best describe your work?
Gabriele Beveridge: My work is a kind of estrangement of nostalgia, constructing environments or redundant imagery that construe something familiar and yet uncanny, removing the context with which they were originally associated. On a formal level I am trying to make something that isnâ€™t a photograph, a painting, a sculpture, using materials that possess an inherent symbolic worth, as diverse as office screens, old picture magazines and spray paint.
DD: You graduated from Fine Art Media at Slade after completing your BA in photography at Falmouth - how did your practice develop during your MA year?
Gabriele Beveridge: It took quite a turn because I hadnâ€™t had a studio space before going to the Slade, and I began to work a lot more three-dimensionally, while my preoccupation with images remained. I spent most of my time in Falmouth trying to get my head around the complexities of photography, not really fitting into the course and scouring the townâ€™s charity shops for images instead, a habit that I didn't at that time, consider as art.
DD: How do you see the relationship between object, image and photo in your works?
Gabriele Beveridge: They play with and against each other and are usually layered remnants from other contexts, estranged and alienated. The objects sometimes serve as props for the images, which are partially obscured or degraded. In a sense, this deflates efforts to interpret a relationship between them. The arrangement of things is instinctual, a balancing act. This may be to create a cynical interplay between both man-made and organic materials, or to return a viewers gaze, or to try and shift the balance slightly in order to acknowledge an element of an original image; that element may have been entirely incidental to the people who originally generated it.
DD: What subjects or themes do you gravitate towards in your work?
Gabriele Beveridge: Locations normally seen out of the corner of the eye. The happy themes of advertising removed to a slightly off centre context, where the falseness in the smile becomes foregrounded. Imagery from other eras where both the treatment of the subject and the physical elements of the photography (film stock, reproduction method, paper itâ€™s printed on) are different from current convention. Spherical shapes. Unusual artifacts presented in dull ways, the intransient nature of statues. Things that prompt questions amid empty clues. Early modernism. Mountains. More importantly, Iâ€™m interested in the way in which we encounter these subjects.
DD: How do you support your artistic practice?
Gabriele Beveridge: I sell fruit and vegetables on a market stall every weekend. Iâ€™m also very lucky to have had the occasional support of collectors, such as Anita Zabludowicz recently.
DD: Where do you see yourself in 10 years time?
Gabriele Beveridge: Taking a trip across the arid lands of the American Southwest.
DD: What gallery would you most like to show in?
Gabriele Beveridge: HOTEL
DD: Which of your contemporaries at the moment do you admire?
Gabriele Beveridge: I admire most people that are creative, itâ€™s not so particularâ€¦off the top of my head and among many artists; Haim Steinbach, Carol Bove, Brian Griffiths, Steven Claydon, John Stezakerâ€¦
DD: What artists in history have inspired you?
Gabriele Beveridge: I draw more inspiration from literature and from cinema than visual art, but the works of many artists continually inspire meâ€¦ Paolozzi, Polke, Picabia, Warholâ€¦