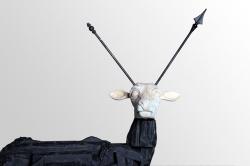 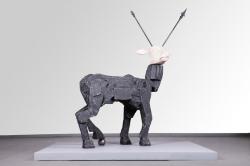 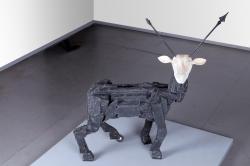 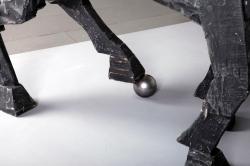 Gosha Ostretsov’s multimedia practice is informed by a variety of subjects, such as early avant-garde art movements and cutting-edge contemporary fashion, but above all, by a fascination with comics and their strange contextualisation within post-Soviet culture.

Gosha Ostretsov
Sex In The City

Working in the Paris fashion world in the 1980s and ’90s, Ostretsov became more and more involved with costume-art and performance. His interest in comic-strip and superhero culture led him to make grotesque latex masks, which have since then played a central role in his exploration through ‘action figures’ of the representation of power. 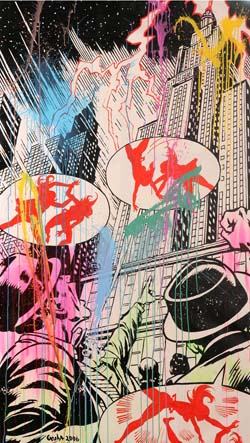 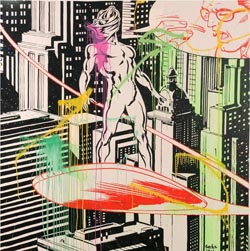 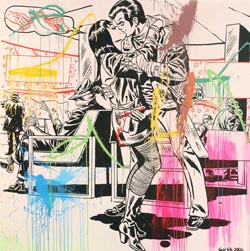 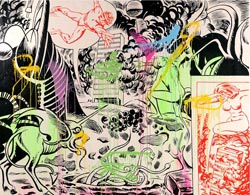 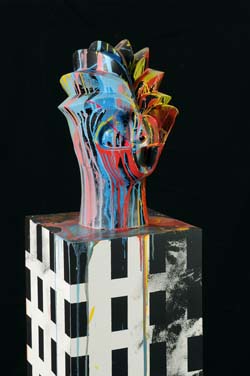 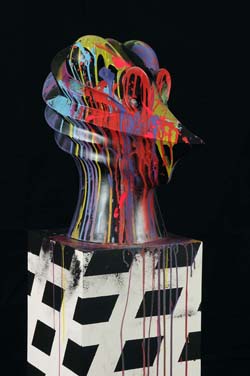 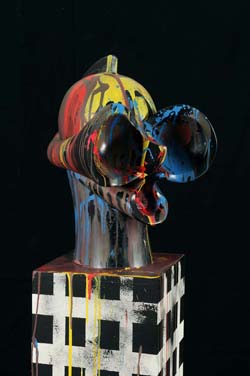 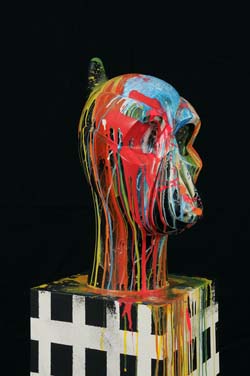 Gosha Ostretsov
Sex In The City - Heads Of New Government

Comics have not been assimilated into Russian art in the same way as they were by Pop artists in the West. In fact, they are still considered somewhat alien and certainly not the medium with which to convey anything serious. Ostretsov has knowingly subverted this received idea by co-opting the resistance to comics and pop culture in works such as Sex in the City, using them as a colourful, mass culture form “[to polemicize] with the profound, rather heavy-handed conceptualist approach”. 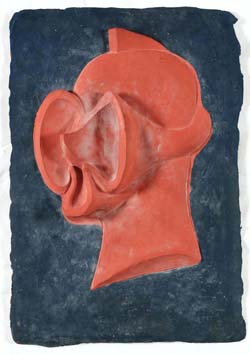 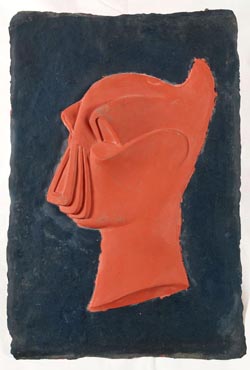 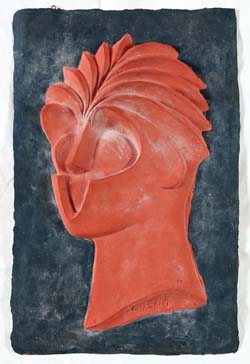 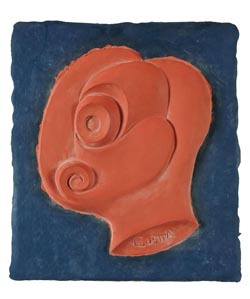 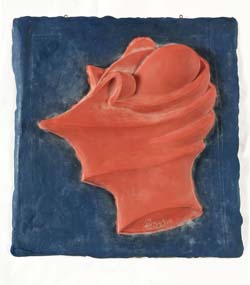 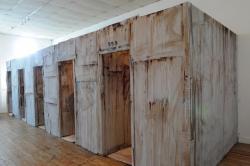 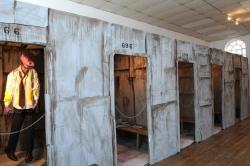 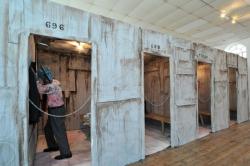 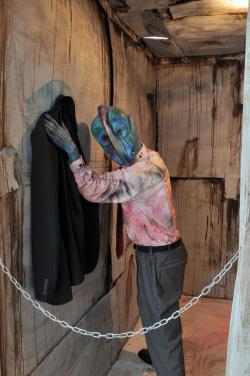 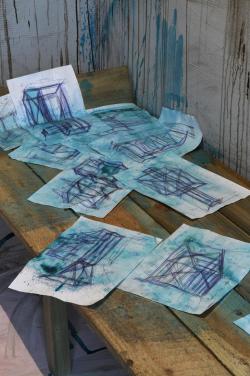 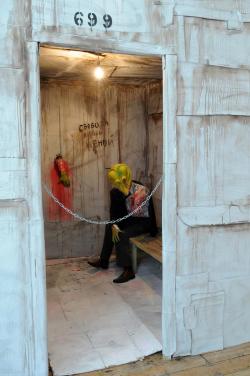 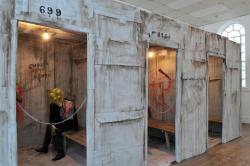 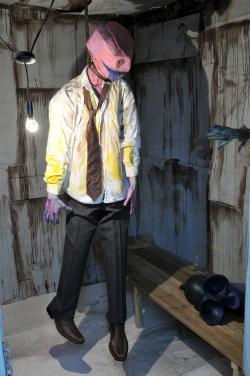 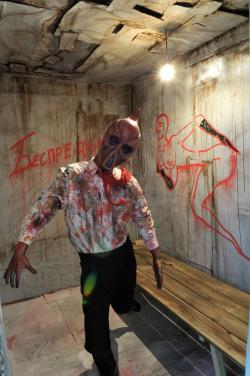 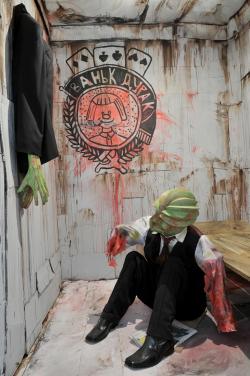 His Criminal Government cells hold realistic figures in bloodied business suits, some with limbs missing and all with slightly terrifying abstract-shaped heads. Crude graffiti and symbols of interrogation and torture (bare light bulbs, cut-off hands) abound. In this fantasy comic-book world, government officials, usually acceptable ‘baddies’, are dehumanized and punished, or pushed to suicide, like prisoners of war. The bluntness of cartoon language is used to invert real-life situations and unveil such horrors.

The comparatively sober Wounded Deer, with its mask-like head and arrow turned into antlers, is playfully reminiscent of decapitated communist-era statues, of pieces found and nominally re-arranged into a junkyard-style re-formation of history. 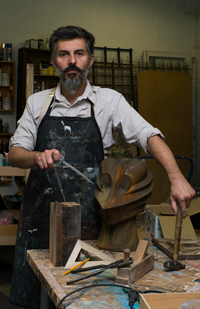 2004
Performance, The Ceremony of Granting the New GovernmentŌĆÖs Order "Silver Badge of Honour" to the Best People of the Russia Federation. S.Art Gallery, Moscow.
Eat the Halfwit: wall mural in the Tretyakov Gallery at Krymsky Val, Modern Trends Departmemt,Hall of Actual Art.

2013
Parts of the whole (within the 5th Moscow Bienniale of Contemporary Art). Vinzavod, Moscow.

2012
Gaiety Is The Most Outstanding Feature Of The Soviet Union, Saatchi Gallery, London