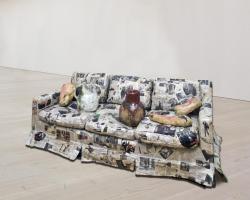 The title of Couch for a Long Time, Jessica Jackson Hutchins’ mixed media sculpture, implies a kind of indolence, a suggestion of idling, and the colour-streaked ceramic pots and sculptures seem to sit on the receiving cushions of their newspaper- clad couch like lazy characters in front of an absent TV. The physicality of the ceramic pieces’ forms – their bone- or flesh-coloured glazed surfaces, their bottom- heavy fatness – invokes the human body; even the couch itself, its cushions bulging like tongues in reaction to its occupants, has a bodily fatness, a subservience to gravity. By contrast, the couch’s surface, covered with newspapers, implies a different temporal idea: the speed of a news story, its sudden irrelevance. That the newspaper clippings repeatedly refer to the then-incumbent President Obama gives these parallel speeds added poignancy. Differing rates of change – the ceramic pieces, protected by a sheen of glaze, will remain intact for as long as they’re carefully held; both the material and the content of the newspapers become dated almost immediately after they’re printed – gives the title additional meaning. Obama became a vessel for certain ideas of optimistic change after the Bush presidency; debatably, those ideas have dated, even lost their lustre. The couch, too, accrues meaning by association: once in Hutchins’ childhood home, its newspaper covering is a kind of protection, as though the room around it were being painted. That, and the preservation implied by the vessels, gives Hutchins’ piece the gravitas of a domestic monument, to be remembered – with a kind of sad hope – for “a long time”. 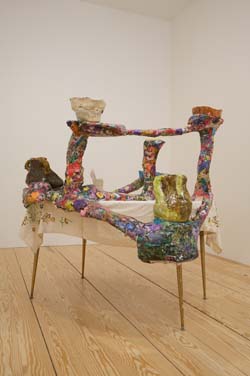 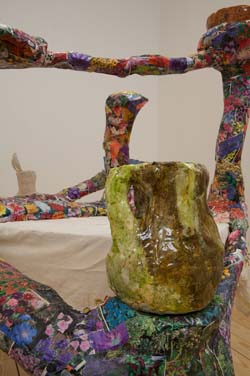 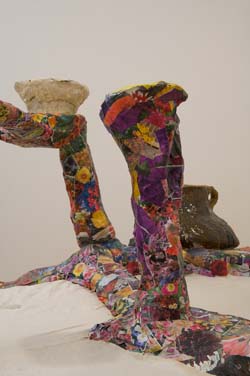 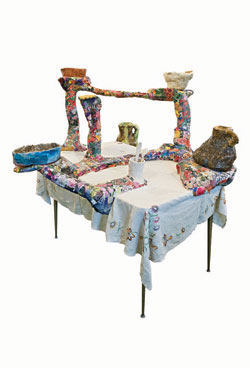 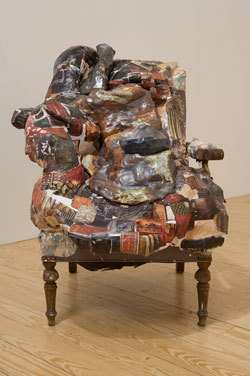 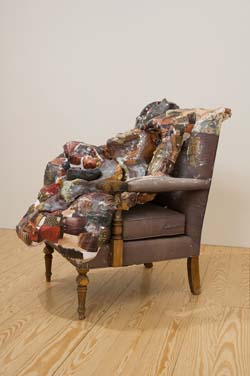 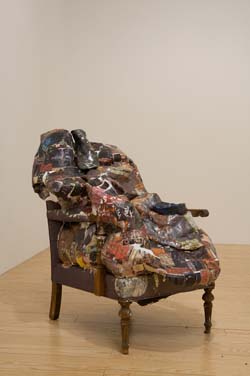 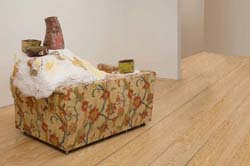 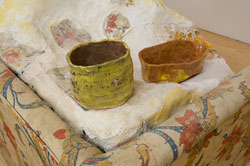 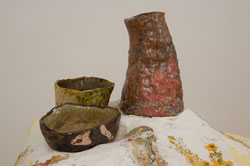 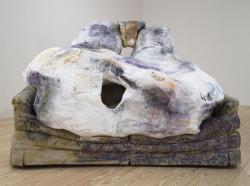 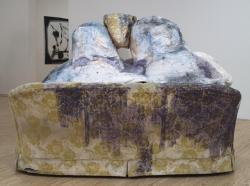 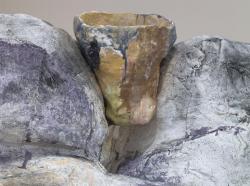 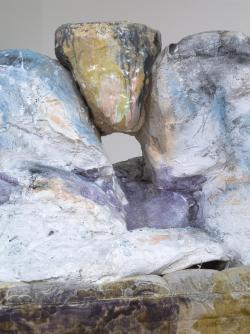 Other artists in
Artists in future exhibitions 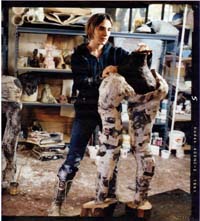 Born in 1971, Chicago, IL
Lives and works in Berlin and Portland, OR

2008
The Exponent of Earth (You Make Me ___), Derek Eller Gallery, New York, NY
Hours and Ours, Small A Projects, Portland, OR

2006
Peace at Home: The War Never Left, Small A Projects, Portland, OR