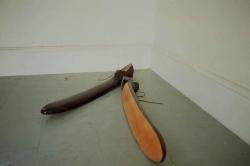 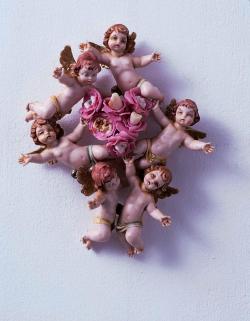 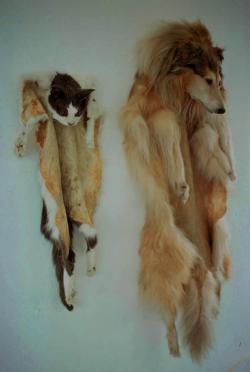 Jordan Baseman
The Cat And The Dog

culture24.org.uk
Exhibition Preview: Jordan Baseman - Dark is the Night, The Photographers‚Äô Gallery, London, February 21 ‚Äì April 5 2009
‚ÄúI can describe what I do,‚Äù Jordan Baseman tells the Wimbledon College of Art he reads at. ‚ÄúI make semi-documentary, narrative films. They are not factual, but hopefully they‚Äôre truthful. They‚Äôre heavily constructed and heavily edited, although they may not appear to be. They are a little bit like portraiture, for lack of a better way to put it.‚Äù

balticmill.com
Jordan Baseman, 6 February - 9 May 2010, The Most Powerful Weapon in this World
BALTIC presents an exhibition of recent work by American artist Jordan Baseman. Developed from the interview process that is at the heart of Baseman‚Äôs practice, the works in the exhibition use found footage and original material to accompany voice-driven narratives.