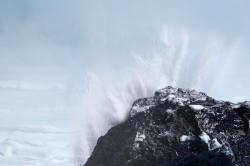 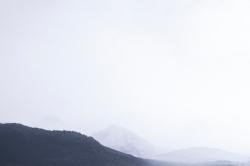 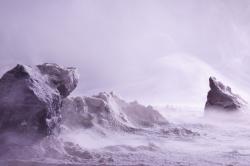 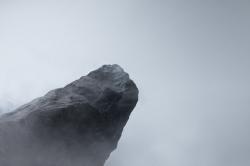 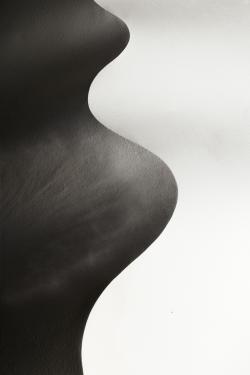 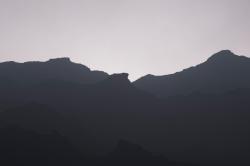 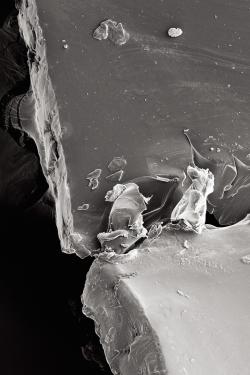 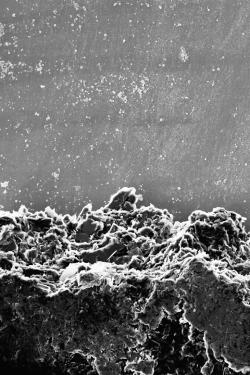 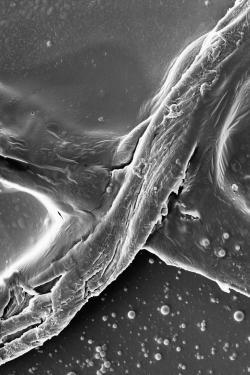 Two graphic design students turned themselves inside out for a photography project by swallowing 35mm film and examining the end results. Literally.

Joshua Lake and Luke Evans decided the best - and possibly the safest - way to view their internal organs (without an X-ray or a doctor) was to swallow punctured capsules to let acids and enzymes seep onto the film and make its way through their digestive tracts. The end products, so to speak, were then washed and examined under a microscope before they were enlarged into prints.
While medics don't recommend swallowing foreign objects, the Kingston University students decided to push the boundaries of photography in a world where every mobile phone has a camera.
"When it is actually inside, your mind plays trick about how you feel about it," Luke Evans toldChannel 4 News. "You think, 'Oh it's in there.' You can feel it but it is just that you have been trained not to injest things like this,"
Internal mapping
Paul Jenkins, of the faculty of art, design and architecture at Kingston University, compared theirart to maps, calling the results a "sense of clear landscapes we haven't seen before".
The experiment was not photography in the traditional sense as the film was not processed, but instead examined under the microscope.
Medical experts warn that the risks involved include perforating a colon and obstruction, but Mr Lake and Mr Evans confirm they were fine. But don't try to repeat the experiment at home.

Guest blogger Luke Evans has been busy posting since May, giving us plenty of food for thought when it comes to all things art, film and photography based. A Graphic Design & Photography student at Kingston University, Lukeâ€™s unique blend of wit and wisdom are perfectly displayed in his varied blog offerings that leave us tittering one minute and contemplative the next.
DO YOU COME FROM A CREATIVE BACKGROUND â€“ DID YOUR PARENTS ENCOURAGE YOUR ARTISTIC TALENTS?
My mumâ€™s a nurse, and my dad and step-dad are builders, Iâ€™m not sure of anyone in my family that is creative in a professional sense. My parents have always been really supportive of whatever I do, thereâ€™s a level of trust that I think we have, I owe a lot to them. I left home at 16 to live in Berlin for a little while, being a contemporary dancer, I think it was at that point that they understood that Iâ€™m pretty independent.
WHY KINGSTON UNI, WHAT DID IT OFFER THAT OTHER UNIVERSITYâ€™S DIDNâ€™T?
Kingston had freedom, the course has an edge. I applied to CSM, Norwich, Camberwell, Brighton and Kingston. At that point I still didnâ€™t really know what I wanted to do as I had just came from a Fine Art Foundation course at Hereford College of Arts. I was interested in traditional design, and still am, but I get bored really quickly so I wanted something more open. Uniâ€™s tend to brag about things like a special building or OFSTED numbers but none of that matters at all, what makes the course are the people on it, theyâ€™re the people you work with and see every day. And because the Graphic Design course at Kingstonâ€™s making more of a name for itself, itâ€™s attracting a lot of great thinkers.

Kingston University students Luke Evans and Josh Lake recently made creative use of 35 mm film by swallowing it to see how their digestive systems process it. The piece, titled, "I Turn Myself Inside Out," began when the team put film strips inside a brightly-colored capsule (to avoid damage to their colons) and swallowed them. Since they are artists and not doctors, we're guessing they crossed their fingers and hoped for the best.
Eventually they excreted the film (phew!), sorted out the tablets, used fixer on the film and scanned it with an electron microscope. They blew up the resulting images into massive black-and-white prints, showing the details of the body at work. In an interview with Wired's Olivia Solon, they said, "There is a physicality to film that we wanted to explore: the soft emulsion layer, its thickness, the way it reacts to touch and temperature" The duo continued, "At this point we were really excited because there was absolutely no way to envision how the results would look, and that no two would be the same." The images below look like electric storms on a distant planet, rather than an object expelled from a human gastrointestinal tract, don't they?

We've seen some odd student projects in our time here at CR, but this must go down as one of the oddest: two Kingston students created human photograms by swallowing 35mm film, then, erm, expelling it, and recording the results
Luke Evans (above) and and Josh Lake (below) are in the final first year of the BA Graphic Design & Photography at Kingston University. For their final major project they "wanted to bring our insides out" they say. "So we ate 35mm photographic film slides and let our bodies do the rest."

Both students ate pieces of 35mm slide film, 'expelled' it in the dark, fixed the silver and then scanned the pieces using an electron microscope in order to record the traces their bodies had left on the film's surface.