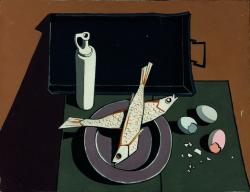 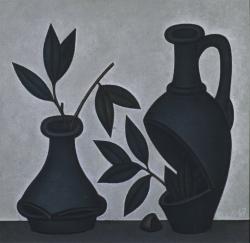 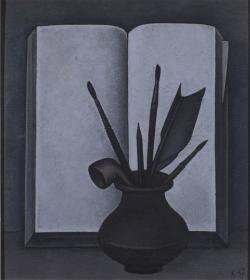 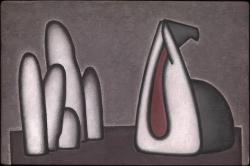 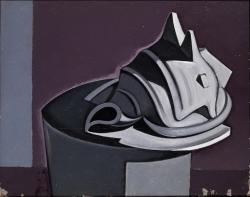 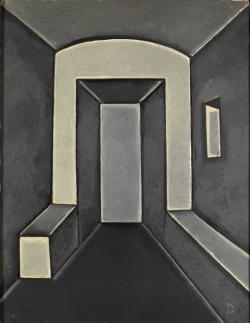 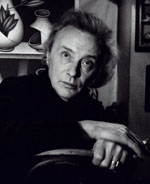 â€˜ â€¦It has long been recognised that a portrait painted by an artist is also his own self-portrait â€“ this also applies in other fields, namely to any composition, landscape, still-life, to any genre, as well as to non-objective abstract art, to anything that the artist paints. But in all his objectivity, dispassionateness, in his wish to escape himself, to become impersonal, he fails to hide himself, his work, his signature gives away his soul, his mind, heart, his faceâ€¦â€™

1925 - 1995
Dmitry Mikhailovich Krasnopevtsev is one of just a few famous Russian artists of the second half of the 20th century who successfully avoided not only co-operating with officialdom but also becoming a hostage of the non-conformism movement. Throughout his life he experimented with form and techniques in his painting. He created a hermitic artistic system (probably also philosophical, a weltanschauung). To a large degree he invented his own original language. Along with Vladimir Veisberg, he may be considered the real innovator in the field of modern figurative art. His main genre, a â€˜metaphysical still-lifeâ€™ close to surrealism, with simple and often broken ceramics, dry plants and bowls. These melancholic works, painted in dull and ashen tones, develop a baroque motif of the temporality and irreality of the world. Even though Krasnopevtsev did not develop any specifically defined series, certain themes can be discerned in his work. For example, the subject with the overturned objects, so beloved of metaphysicists and surrealists, the subject with the hanging objects where dry fishes, small bottles, pebbles and twigs were all â€˜hangingâ€™ in the quest for harmony. Another theme running through his work is balance. In 1992 he became the first artist to be awarded the new â€˜non-formalâ€™ â€˜Triumphâ€™ prize. Some of Dmitry Krasnopetsevâ€™s works are displayed at the Museum of Private Collections in Moscow (which is part of the Pushkin State Museum of Fine Arts) which also received after his death fragments from his studio, books, objects and many curious items: stones, bowls, dry twigs and grass, the â€˜heroesâ€™ of his still-lifes.


â€˜â€¦Through is art he attained something more precious than all titles and awards: a name and a reputation which is reserved for those who create their own creative world, their own style, their own system which resembles no other. Mention â€˜Krasnopevtsevâ€™ and one immediately sees his rigorous still-life compositions, each of which was the fruit of his deep reflection and unhurried, keenly felt mastery, devoid of any superficial effects. Most importantly, one also remembers the thought, rich in content and hidden inside and which can be discovered solely by arriving at the essence of what is depicted in such an unhurried manner â€¦â€™. Elena Murina, forward to the catalogue for the exhibition devoted to the work of Dmitry Krasnopevtsev, Museum of Contemporary Art, New York, 1990