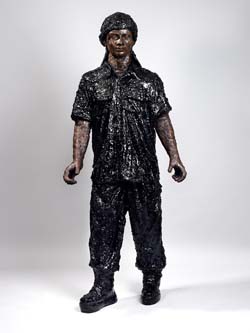 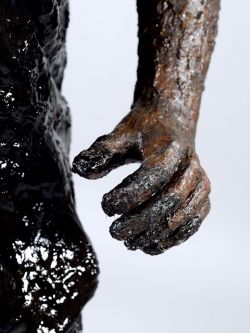 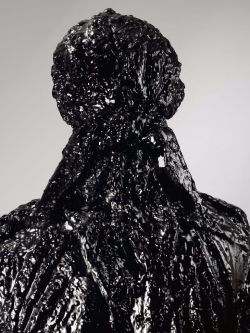 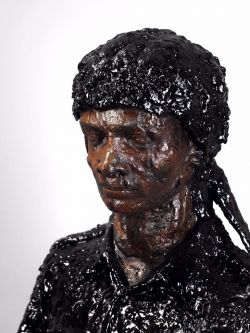 176 x 72 x 63 cm
Tar Man 5 is a sculpture informed by the working men that Arora encountered along mountain routes through Kashmir. For Arora, roads are the social arteries that connect this region to the rest of the sub-continent. The struggling allegiance of men working tirelessly to re-cultivate the land for profitable redevelopment is the subject of her investigations. Unlike classical Indian statues or modelled deities, these very ordinary men are covered from head to toe in a suffocating layer of black tar as a demonstration of the almost incomprehensible work that is required to change India. The tar-man is emblematic of a continent seeking social and political change. 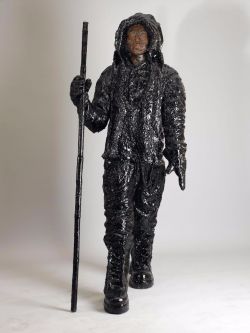 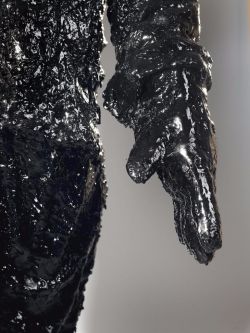 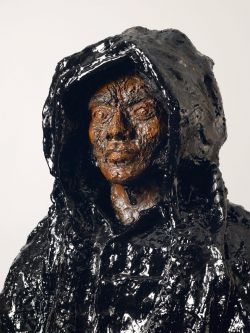 185 x 76 x 97 cm
Tar Man 6 is a mummification of one of the working men that struggle through the war-torn landscape of Kashmir. The routine with which they go about their laboured work in extremes temperatures is testament to the will of the people to contribute to change. Aroraâ€™s figure appears rooted to the spot, coated in a thick skin of tar smothering his ability to show any expression. The artist is examining the generation of men working on the road side, assigned to the difficult task of reconstruction and repair. 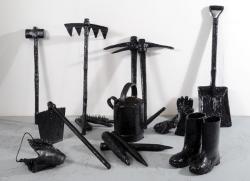 Continuing her preoccupation with labour, Tools and Boots contains tools of the trade, organised and arranged to bring some semblance of order to the brutal task that lies ahead of these individuals. Black shovels, pick-axes and gloves are all coated with thick tar. The installation appears to be consumed by this material, used to coat the roads and level the arteries of the mountains for the vehicles that thread through. The inanimate objects in Tools and Boots have been organised as one might arrange a still-life, which highlights the humanity that is missing from them. They serve no purpose without the army of men routinely utilizing them on cliff-faces and road-sides. 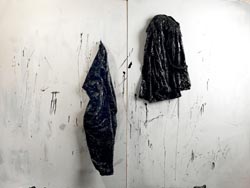 Dimensions Variable 153 x 102 cm
Blackened coats and heavy trousers operate as the residual skins of the people employed to build the road-sides. These fibres, originally coloured and textured, appear stiff and impossible to use as they are drenched in tar. Hung out to dry by the artist, the tar is too thick to remove, alluding to the combined and inseparable nature of the men and their labour.


Other artists in
The Empire Strikes Back: Indian Art Today 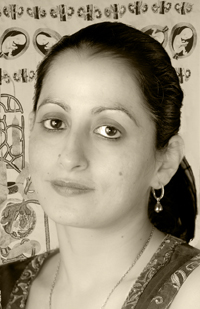 Born in 1972, Delhi, India
Lives and works in New Delhi