Liudmila Konstantinova’s paintings raise questions about the assumed purpose and meaning of contemporary art. Paintings for Holes is an installation comprising 18 rectangular, monochromatic painted canvases of various sizes, hung on the gallery wall in an arrangement that at first look resembles a modernist grid. In fact, the colour block set up is reminiscent of a certain time in Soviet history – of Malevich’s geometric compositions, of Russian constructivism – and of its influence on the graphic design of movements such as the Bauhaus and De Stijl. 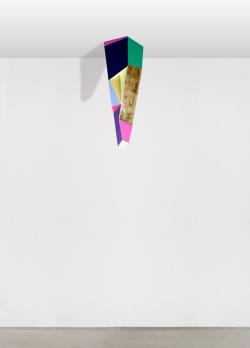 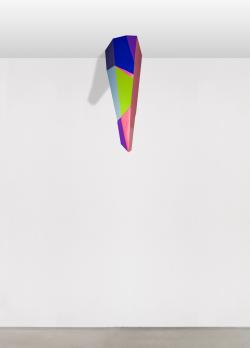 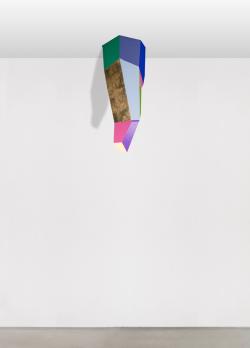 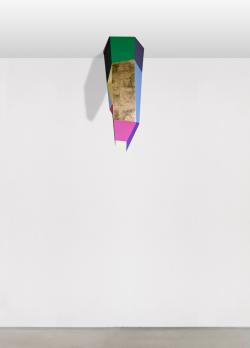 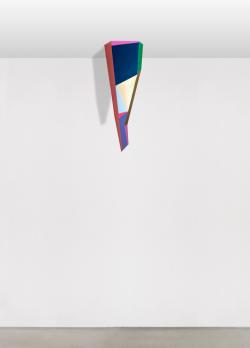 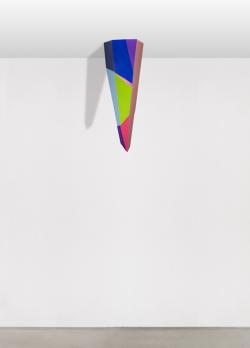 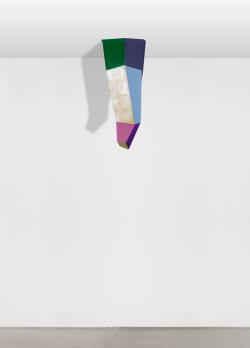 Acrylic and gold leaf on plywood

Notably, the colours in Konstantinova’s paintings, and also in her multi-coloured stalactite, Icicle (2012), aren’t quite as strict as if they belonged in a palette of early 20th-century art – bright red sits next to olive green, which is next to canary yellow, then baby blue and puce. Like an interior decorator’s colour wheel, her range is wider, less easily branded.

The artist wanted “to make a series of paintings that could be useful for different people”. Catering to the lowest common denominators of acceptability – and bypassing any sticky controversial subject matter or format issues – she made canvases in all shapes, sizes and painted them in clear flat colours so that everyone could find “their own”; but crucially, they’re all essentially as blank as each other.

As their title implies, the paintings were also made with another specific purpose in mind: they can be used to hide any imperfections on a wall, like cracks, paint marks or dead mosquitos. They can be arranged as desired, like modular shelving or an occasional table. Konstantinova’s proposal for art today is more utilitarian chic prop than revolutionary. 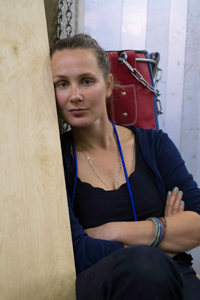 Born in 1980, Moscow
Lives and works in Moscow

2012
Gaiety Is The Most Outstanding Feature Of The Soviet Union, Saatchi Gallery, London