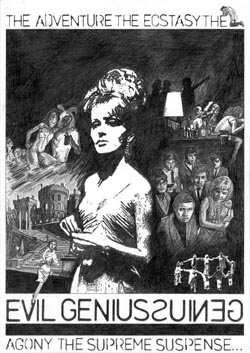 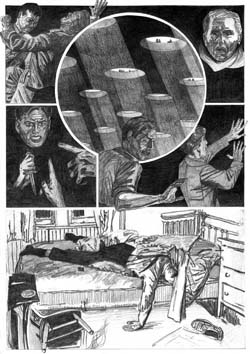 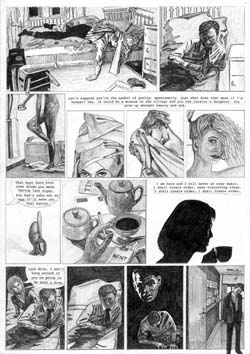 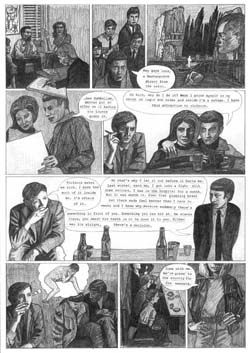 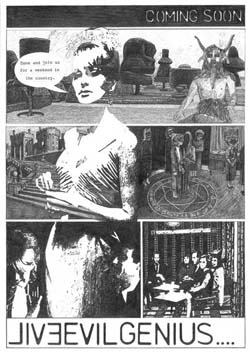 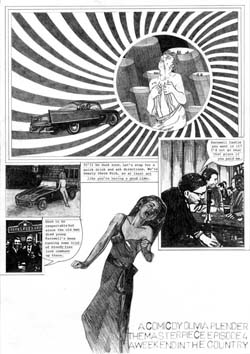 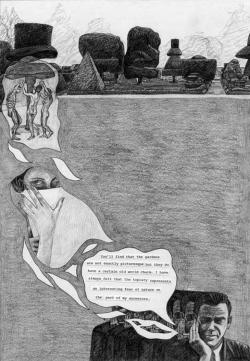 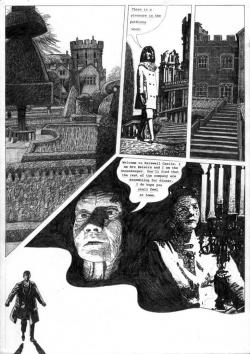 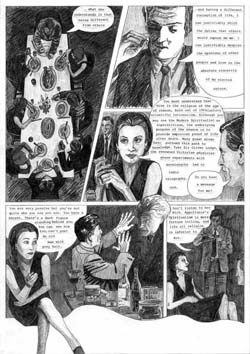 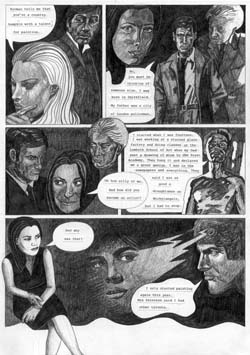 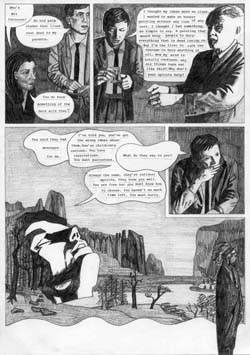 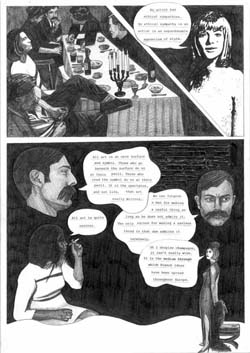 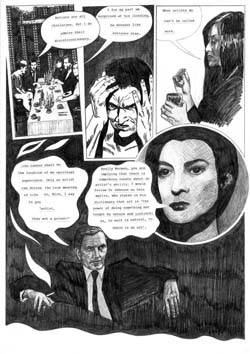 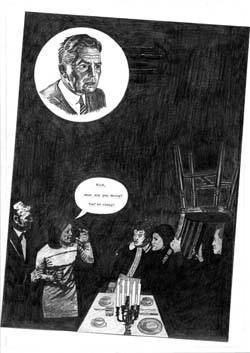 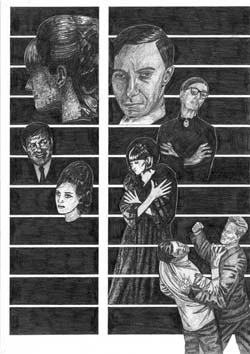 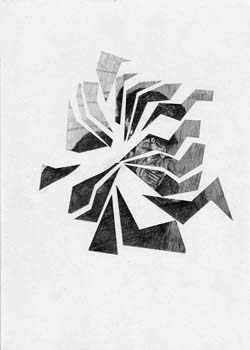 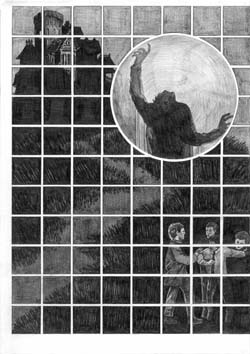 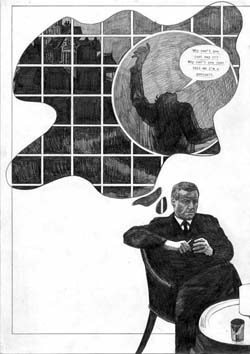 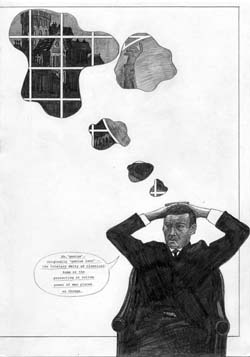 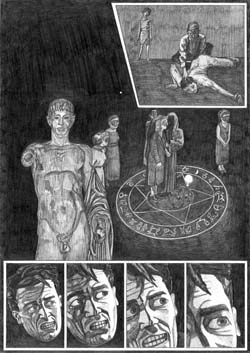 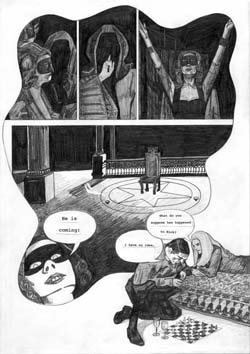 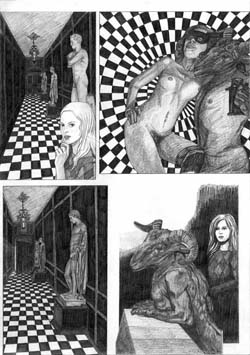 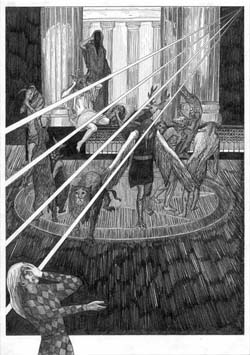 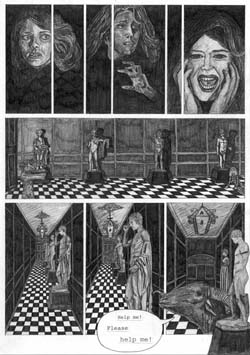 Olivia Plender
The Masterpiece Part 4 - A Weekend In The Country

castlefieldgallery.co.uk
Olivia Plender is an artist and writer and currently co-editor of â€˜Untitledâ€™ magazine. Her interest in magazine, comic strip and pulp fiction book cover formats is evident in her drawings exploring fictional narratives of bohemian lifestyles.

axisartists.org.uk - Olivia Plender, The Masterpiece
Recent works include a comic book about an imaginary London avant-garde of the past and a series of fictional advertising posters mimicking the appearance of early 20th-century advertisements.

vrc.dundee.ac.uk
Set in London at the end of the 1950â€™s, The Masterpiece is a comic about an unrecognised artistic genius trying to negotiate his way to success in the stifling atmosphere of an imaginary bohemia. The form the work takes of a mass-produced comic is in deliberate contrast to the unique one off masterpiece that the central character is obsessed with making.

ontherundesign.com
Plender's work operates, at least explicitly, on a surface level, within the same framework as that of the polysemic novel, where an interrelation of self-contained parts combines to the work's final understanding. This polysemic reading can be interpreted as a semiotics of content, in which each distinct part of the work contains its own meaning, intrinsic to and apart from the overall meaning.