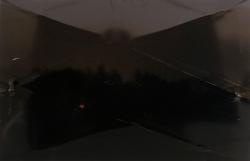 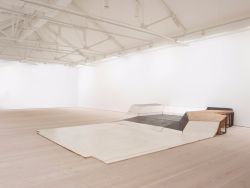 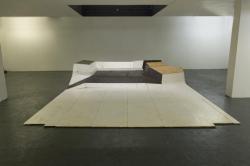 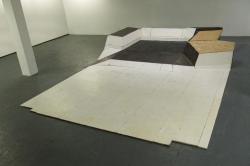 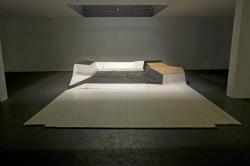 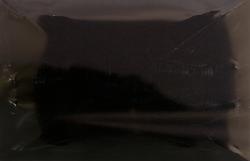 ARTIST OF THE WEEK 98: OSCAR TUAZON

Oscar Tuazon's art may be vulnerable, but you'd never guess. His sculpture-cum-architecture has used raw slabs of concrete, steel and untreated wooden beams, bark-encrusted tree trunks and weighty metal chains. For his current installation, My Mistake, at London's ICA, the artist has assembled what looks like a massive climbing frame from tree-size pine beams. Almost too big for the gallery, one girder even bursts through a wall.

Born in 1975, Tuazon grew up outside Seattle, coming of age watching bands like Mudhoney and Nirvana (one spell in the mosh pit was so frenzied he once broke his leg). Having graduated from the elite Independent Study Program at New York's Whitney Museum in 2003, he cut his teeth working for renowned extremist Vito Acconci, a performance artist and poet-turned-architect. After moving to Paris in 2007, Tuazon set up the gallery castillo/corrales with a group of artist and curator friends, and the past three years have seen his constructions of wood and concrete take over exhibition spaces across Europe.

Inspired by what he calls "outlaw architecture", Tuazon channels the extreme DIY and freethinking of hippy survivalists who decide to go off-grid. If his industrial materials suggest a minimalistic stress on concept over making, he's just as interested in the physical side of sculpture. He is not afraid to get his hands dirty: working with riggers and technicians, he starts off with a sketch, chain-sawing wood, developing ideas and patching up problems on the hoof. From the impromptu-looking concrete slab that intersects the two-storey wooden frame of his 2009 work, Bend It Till It Breaks, to the neon strip light glowing two and a half metres up an untreated tree-trunk buttressed by planks in I Wanna Live, his structures have a rough-shod, improvised feel.