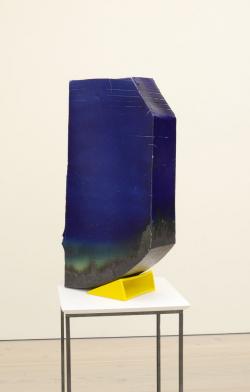 Camil’s practice enacts possible ‘other’ functions for the dissemination of visual art (theatre, architecture and advertising to name a few). While her reuse of billboards as a promotional form highlight the failure of the commercial system, the notion of consumer culture draws attention to the spectacle of an art form centered on objects and things. Ever disarming, the tropical colour themes (cream, tan, blue, and purple, with brighter accents of yellow, red, and peach) offset the linguistic fragments of her ceramic series (Fragmento, 2014), which are as self-aware as their audience. Camil’s work is a consistently inquisitive attempt at making and re-making objects; be it performing a ‘negation’ of a work by the American choreographer Yvonne Rainer, resituating the Russian supremacist Kazimir Malevich’s black square in three-dimensional public space or her incessant reordering of fragments. The convergence between discrepant urbanisms and aspects of modernist culture form a site for the articulation of failure as a means of reinvention. 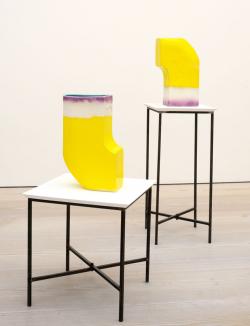 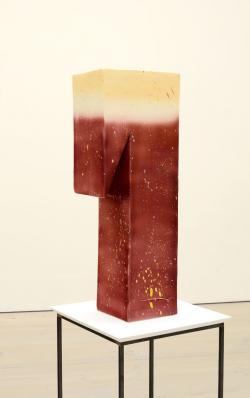 Pia Camil’s objects are never quite what they seem, meaning that they are almost always misunderstood. The artist draws from the symbolic universe of contemporary consumerism, incorporating the signs, objects and things that form part of everyday life. Compelled by the failures of capitalist strategies, Camil’s performance objects propose a friction between non-linguistic representation and modernist symbols. The domestic warmth of her sensuous ceramics, textiles and interiors are merely a veil for a practice that is better aligned with the hard-edges of New Mexico’s urban vernacular architecture and post-industrial ruins. In her wide ranging practice, Camil trawls highways to reclaim abandoned structures and thereby activates spaces of intervention to uncover the aesthetics of failure. 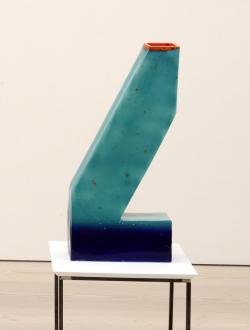 Paradoxically, the artist’s attraction to the physical qualities of craft techniques has never been one of romanticising laborious processes. Camil is more interested in the intrinsic usefulness of craft forms as cultural signifiers, with meanings rooted in both feminist and materialist histories. Massive hand dyed wall hangings, elaborate ponchos and glossy ceramic vases, suggest a theatrical staging of an interior world. These objects have been props in Camil’s live performances that experiment with the formal qualities of domestic spaces. Often presenting multiple objects within the same room, the artist is known to have rearranged objects to activate a cyclical conversation. Blurring the space between exhibition and set design, Camil leaves the spectator to conclude his or her own reading of these interactive set-ups between inanimate objects. 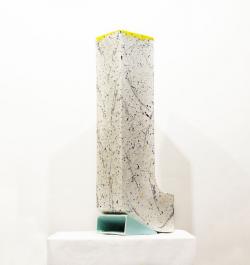 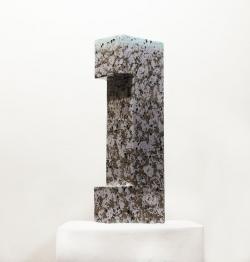 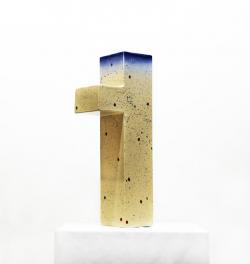 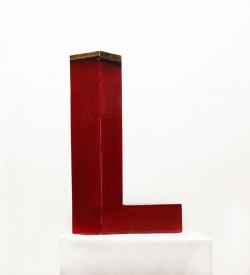 Pia Camil is the real daughter of Mexico City, of the streets, of the noise, of the spaces (or maybe, the lack of spaces at the capital city) and all the chaos that surrounds her. There is where Pia Camilâ€™s art lives.
At just 34 years old, she has had experience with several art expressions such as painting, photography, mixed media, installations and performances obtaining great support of critics around the globe. Some how, she had become the example to follow for Mexican artists.
A specific aspect that identifies Pia Camilâ€™s work is her relationship with mass culture. Song lyrics, phrases and considerations about life and art are the main focus of canvases painted by Camil, walls, boards, posters and even t-shirts intervened by the Mexican artist.
In numerous interviews, Pia Camil declared that her needs as artist was to seek for open spaces, free of mass media and commercial boards. These â€śemptyâ€ť places are taken by Camil to display her artwork for people to view and admire
Art works like Espectacular TelĂłn Ecatepec or Espectacular TelĂłn II, -a series a colourful curtains- and Cuadrado Negro (an installation in Basque Museum-Center of Contemporary Art at Victoria, Spain, based in Kazimir Malevichâ€™s Black Square, 1915), changes the perception of the viewer, blocking every place forcing the spectator to draw the curtains or to go under a black square to see whatâ€™s beyond.
In summary, besides the recognition and the awards that Pia Camilâ€™s own, she â€“along with other artists- has the responsibility to bring newer inspirations to Latin American art. In Camilâ€™s way to see the world resides a transformation from simplicity into sublime.

MEXICO CITY.- Entrecortinas: abre, jala, corre (Between curtains: Open, Draw, Come) is Pia Camilâ€™s fiÂ¬rst solo exhibition in Mexico. It is a site-specifi-c installation in which the artist elaborates on her series Espectaculares, started in 2012, where she captures aspects of the urban landscape of Mexico City, taking as point of departure abandoned or cancelled billboards which often show fragments of advertising images or the agentâ€™s contact number. Camil appropriates these abstract images and reproduces them in hand-dyed and stitched canvas curtains seeking to decelerate the process of massive cultural production through a handmade craft often related to the feminine. Composed by three vases and three large curtains, one of them the size of a theater backdrop, the show is, to some extent, performative: based on a script (produced as a limited edition artist book made in collaboration with Gabriela Jauregui and SoÂ¬a Broid), at di fferent times of the day, the curtains and vases move places. The script is a staging of a domestic setting inhabited by an imaginary character (a woman), where the dialogues are played out by the vases and curtains. The gallery walls are painted with colors emphasizing the spaceâ€™s decorative and domestic nature. They also have a formal purpose: when moving through out the exhibition space, visitors can discover di fferent compositions, depending on the curtainâ€™s position within the space, as if experiencing a three-dimensional painting. The projectâ€™s underlying interest is the stylization of failure - in particular the failure of capitalist economies and mass culture. The idea of the billboard as a symbol of this culture, transformed into a household item void of meaning, becomes a playful but critical gesture referring directly to both the billboard and the spectacle. The Â¬final result is an imaginary domestic setting consisting of objects made from fragmented and cryptic symbols. The curtains as well as the vases have the function of covering, uncovering, and withholding meaning, contributing to the formation of an undecipherable environment.