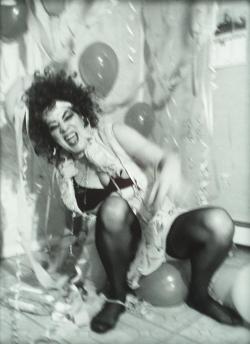 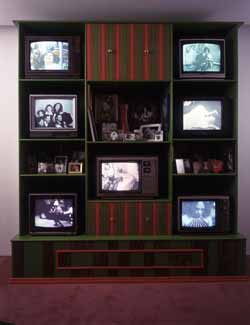 Intimacy, kitsch, sexuality, and subculture are integral themes of Robert Melee’s work. Taking his relationship to his outlandish mother as his subject, Melee’s photos, videos, installations, and performances blur the boundaries between private life and theatre. Using lurid 70s furniture Melee’s Units 1 & 2 provide a stage of eccentric domesticity: lined with personal photographs and home videos they display the mementos of his unorthodox family. Entrenched in queer culture, Melee’s work is a celebration of difference, revealing an alternative lifestyle with endearing and unabashed candour. 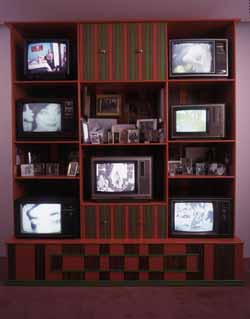 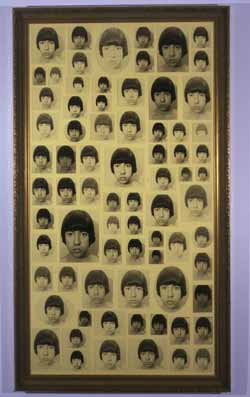 Making the most of embarrassment, Robert Melee’s Self Portrait encapsulates all the cringe-worthy sentiments of family photography. Inlaid within a multi-window frame, the same image of Melee’s face is replicated in each space: dull-eyed, bad haircut, painstakingly self-conscious. Reminiscent of Warhol’s multiples, Melee offers his portrait as both icon and keepsake, magnifying the nakedness of personal disclosure as a generic and empty sentiment. 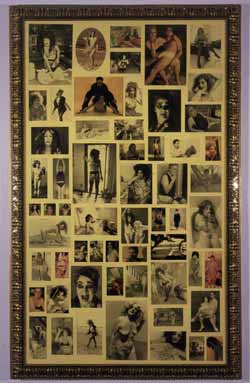 When it comes to humiliating mother stories, Robert Melee wins hands down. In his photo tribute Mommy, Melee enshrines the best and the worst of his nearest and dearest: mum boozing, in the bath, as sex kitten, cabaret diva, and Madonna with her adult naked son on her lap. In portraying his maman in all her overwhelming glory, Melee exposes a familial melodrama of Sweet Baby Jane proportions, offering a heart-wrenchingly honest portrait of mother-son love, and all its resplendent dysfunction. 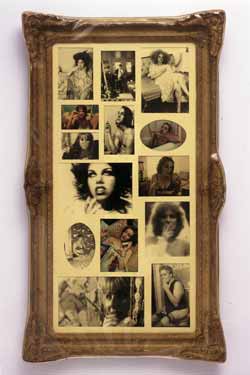 Throughout Melee’s work is a flirtation between reality and fantasy: family photographs look like film stills, scenarios appear scripted, and people seem as grotesque caricatures playing out clichéd roles. Using life-as-stage, Melee’s work expounds relational dysfunction, drawing the viewer as hostage-voyeur into the entangled drama. With positions firmly drawn, each party plays up to expectation, identity is validated and aggrandised through co-dependence, and all are drawn into the tragic-comic pantomime. In Smoking, random snapshots of the artist and his mother sucking fags are framed as out-takes of a life; glamourised and forgotten footage from a sad, camp movie lovingly dredged from the archive, begging for one last applause.

artnet.com - Mommie Queerest by Jerry Saltz
I don't know if Robert Melee's sensationalistic, exploitive humiliations of his mother count as good art. They may be nothing more than neo-Pop fluff with a Freudian twist. Yet Melee takes the under-visited theme of mothers and sons in art to some compelling, over-the-top, psychosexual, Oedipal zone where taboo, tragedy, humor and rage merge.

artnet.com - Color of Memory by Elisabeth Kley (Robert Melee at Andrew Kreps)
At Andrew Kreps, Melee's exhibition included several wall pieces that look like paintings, but are actually made from bottle caps embedded in plaster. Painted in shiny enamel colors that could have been lifted from The Umbrellas of Cherbourg, they become op art -- wavering dots arranged in stripes or squares like supergraphic patterns stenciled on clear plastic pillows.

andrewkreps.com - You Me and Her by Robert Melee
Andrew Kreps Gallery is pleased to present You Me and Her, Robert Melee's third solo exhibition at the gallery. Melee has previously exhibited works using various mediums such as film, video, photography, sculpture and painting. This exhibition seeks to further Melee's investigation of the dynamics and aesthetics of the American suburban home. The exhibition will divide the gallery into three spaces: The Gallery, The Viewing Room, and The Backroom.

artforum.com - Motherâ€™s Courage by Michael Wang
The second and final performance of Robert Melee's Talent Show last Thursday at The Kitchen drew a sold-out crowd. (At the last minute colorful pillows were thrown on the floor in front, kindergarten-style, for additional seating).

suttonlane.com - Sutton Lane is pleased to present Stage Work and Substitutions by American artist Robert Melee.
The main gallery features the original stage the artist designed as the set for Robert Melee's Talent Show, a two-night event at 'The Kitchen', New York, for which Melee invited nine performers to perform for eight minutes each on stage.