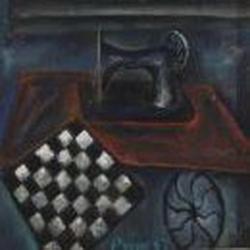 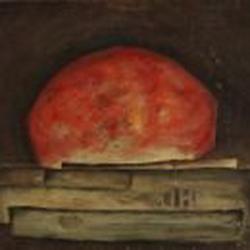 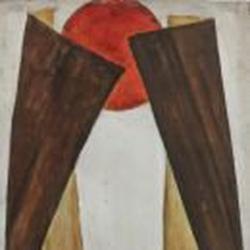 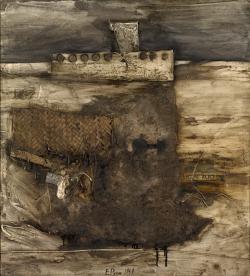 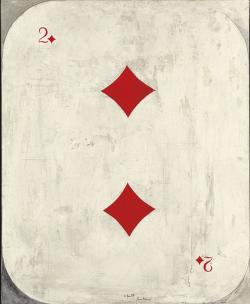 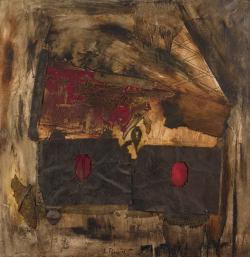 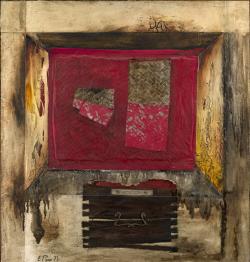 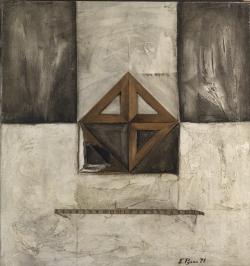 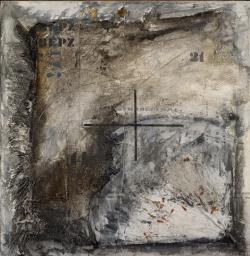 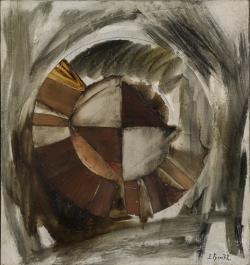 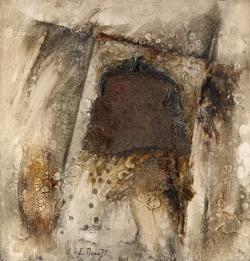 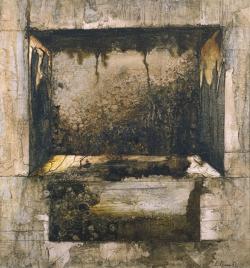 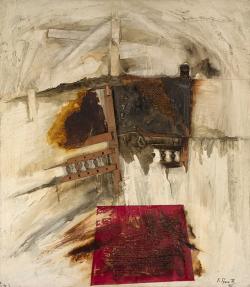 Collage with oil and mixed media on canvas

"In the ensuing series of work I use pieces of furniture: broken chairs, tables, boxes, and other objects that civilization has discarded as useless. These things have lost their concrete and schematic reality, and are reborn in an abstract and remodeled condition... In this synthesis of contemporary art with fragments of antique objects, I express my nostalgia for former Russia".

1943 - 1976
Evgeny Rukhinâ€™s work is characterized above all by the originality of his forms, full-bodied texture and the inner freedom of his content. Working not only with oils, but also using synthetic tempera paints, Evgeny Rukhin created unusual surfaces, allowing him to vary the effect of the painting depending on the lighting and regularly communicate a new experience to the viewer. Crossing over from these figurative works to abstraction in the late 1960s, the artist in particular used mixed techniques, compositions from the most unexpected material objects and paintings. He used fragments of furniture, old broken chairs, drawers, pieces of wood carvings. The artist often addressed religious motifs as well, using imprints from icons in his work.

â€˜Since the subject of religious was absolutely forbidden in official Soviet art, religious motifs in non-conformism were often of a protesting nature. On a Rukhin painting, ancient icons are represented as flowing away, melting in tears, an iconostasis with black holes, scorched by the flames of a fire, senselessly devouring the spiritual legacy of the pastâ€™. Marina Unksova