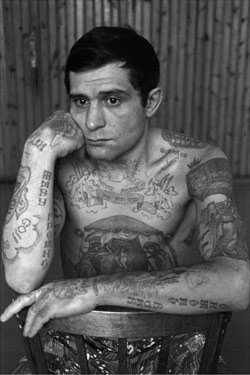 Although this kind of tattooing was actually illegal, and Baldaev was initially forbidden from continuing, the KGB realised what a resource it could be for their criminal files and eventually supported his documentary project. Vasiliev was brought in to supply hard evidence of the designs’ authenticity. Raunchy, grotesque, filled in with insults against the authorities, the imagery developed its own formulas and conventions; for example, a skull means top criminality, a cat is a thief, and so on. To have no tattoos would have meant the lowest status, a lack of toughness; to have certain tattoos could be the sign of an untouchable. 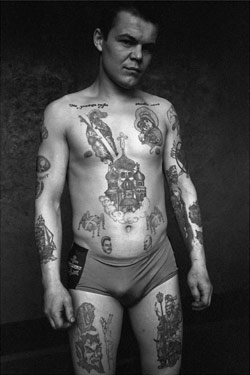 Thanks to their efforts, the secret police, and us now, know more about the iconography of this underground artistic phenomenon. Far from being isolated illustrations from a catalogue in a tattoo parlour, Vasiliev’s photographs are a humanizing record that places the faces and bodies of the owners (at one point one in five of the Soviet population) right at the centre of the project. 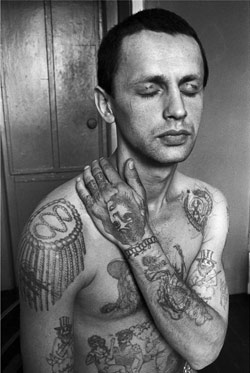 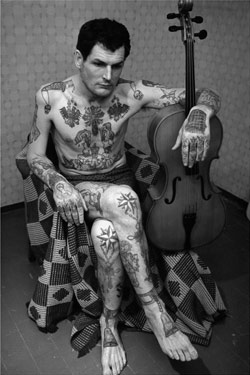 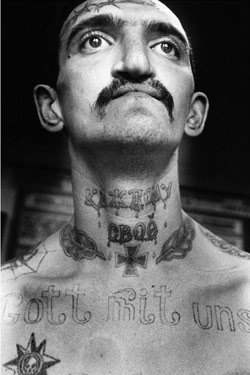 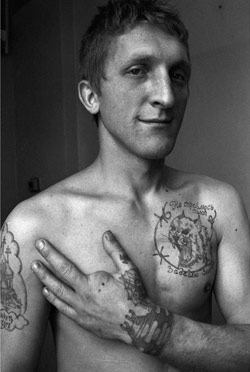 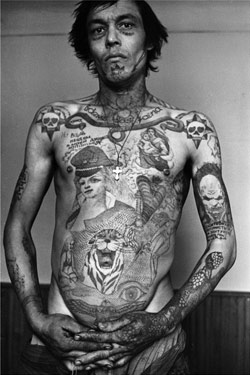 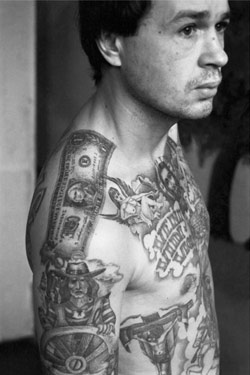 Vasiliev worked as staff photographer for a newspaper in Chelyabinsk for thirty years, during which time he was also a prison warden. From 1948 onward, a fellow worker, Danzig Baldaev, had begun drawing and cataloguing the extensive range of designs made by prisoners onto their skin. These homemade tattoos, scraped and inked into skin with melted book heels, urine or blood, contained a whole range of coded messages against the Soviet regime and about the prisoners’ individual crimes. 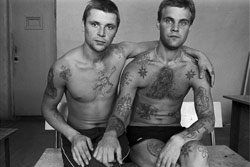 Taken between 1989 and 1993, Sergei Vasiliev’s photographs of Soviet prisoners document the secret code language of criminals in the USSR, evidence of a gritty spirit of picaresque resistance within a violently repressive culture. 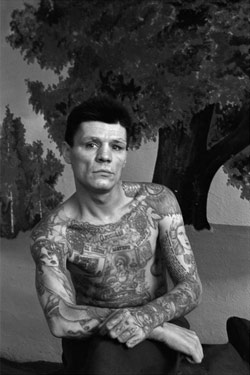 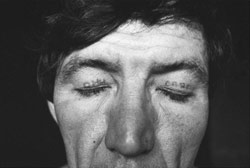 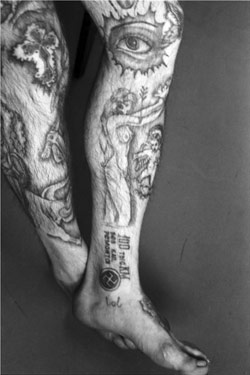 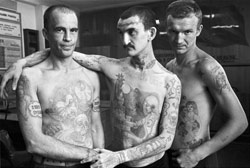 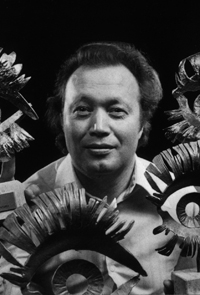 Sergei Vasiliev was born in 1937 in Chelyabinsk, Russia. After graduating from the MVD Academy, Moscow, he became a staff photographer for the newspaper 'Vecherny Chelyabinsk', where he has worked for the past thirty years. he has received many honours including International Master of Press Photography from the International Organization of Photo Journalists (Prague, 1985), Honoured Worker of Arts of Russia, and the Golden Eye Prize. His work has been exhibited internationally and is held in numerous museums' collections. He is author of more than twenty books, including 'Russian Beauty', (1996) and 'Zonen', (1994).

FUEL - published the Russian Criminal Tattoo Encyclopedia in three volumes in 2003, 2006 and 2008 respectively. The books are part of the permanent collection of the Design Museum, London.