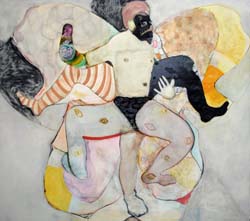 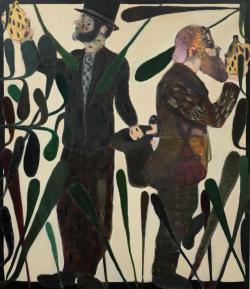 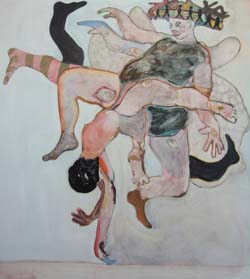 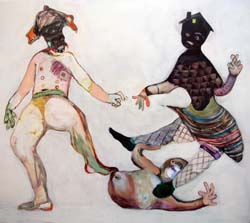 Ryan Mosley
George And The Dragon 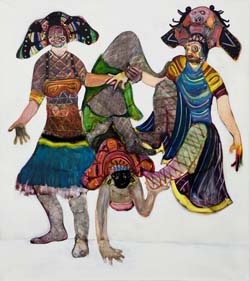 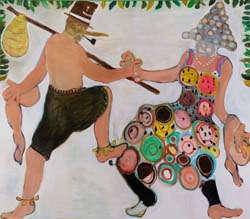 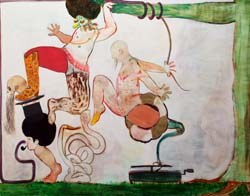 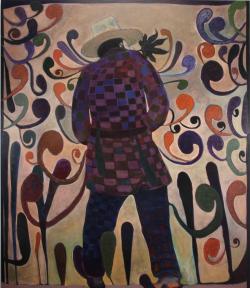 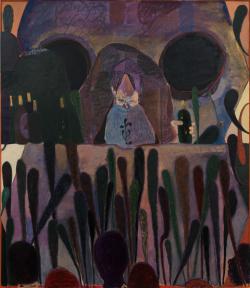 Ryan Mosley
A Bar in France

guardian.co.uk
I like the paintings of Ryan Mosley, currently showing at London's Alison Jacques Gallery, for their marriage of grit and fantasy. Tough, hard-thought, intelligent textures â€“ real painting, in other words â€“ create realms of wilful play. Is it whimsy or is it tragedy? I'm not sure. The ambiguity interests me.

news.independent.co.uk
Ryan Mosley - Four figurative works proved so popular that all were sold within hours to collectors. All the works are informed by portraiture and derived from a mixture of art history, mythology and folk culture, united by a carnival theme. The degree show work has been selected for the Celeste Art Prize. Last year, Mosely won the Jerwood Prize in the travel scholarship show.

celesteartprize.co.uk
The Celeste Art Prize of which Ryan Mosley was a finalist in 2007.

axisweb.org
Ryan Mosley's large-scale paintings are at once innocent and disturbing, seductive and repulsive. The three figures in 'Peace Makers' (2007) are strangely familiar. The trio recalls the scene from The Wizard of Oz (1939) in which Dorothy, the rusty tin man and the goofy lion scoop down the yellow brick road. Generous brush strokes delineate the abstract contours of the figures, which appear almost ghost-like on the white thin washes reminiscent of Luc Tymans.